The Mag-aso Falls Mountain Resort in Brgy. Oringao, Kabankalan City.Among the major attractions of the Mag-aso resort are its mini-falls and the 75-foot main falls that drop into a clear pool. Mag-aso Falls releases smoke like shower of mist as it cascades down the natural pool with its turquoise green water. Its is not fully develop yet, there is no entrance fee for now and only few people who come from time to time to go swimming near the falls.The resort now has a viewing deck, concrete steps and a Japanese bridge.

A journey towards discovering your own hometown. 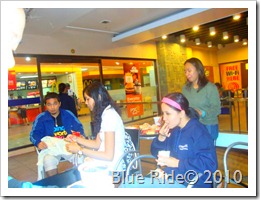 The original plan is to hold the team building in an inland resort somewhere near Magallon. Everything has been set and planned and the folks are getting ready for this team activity. We left Bacolod early in the morning to arrive at the resort early, rest and to start having fun. To our dismay, it wasn’t the place that we are expecting. Just imagine yourself driving in a very isolated place around 4 in the morning. Creepy isn’t it? That’s what I felt during the time we entered the resorts premise. What’s more spine-chilling was the resort staff that greeted us. It adds to my already chilled muscles because what welcomed us was a very old man carrying a luggage on his back (just imagine Quasimodo in Hunchback of Notre Dame). We informed the guy that we had reservations for the place and he said no one is in yet to accommodate us. With everything said and done, he opened the gate and got in, we explored the place and decided to just change the plans because we could not stand what happened and what’s going to happen if we will persist. So we drove all the way back to the town proper, refill the tanks of our cars, sat down and discussed what to do. The team decided to go all the way, we planned this long time ago 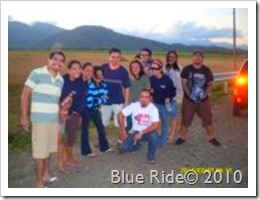 and we will never allow anybody to just spoil whatever we have.
And the best part came in; we decided to take a Southern Negros Tour instead. Everybody was so enthusiastic with the outcome of that on the spot meeting. So we drove all the way to the Southern Part of Negros Occidental passing through the east. From La Castellana, we passed by several towns and cities.
First stop during the sunrise at Isabela, Negros Occidental. We just pulled over, do little stretching and continue the journey. Then w 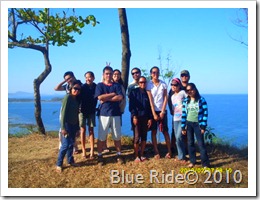 e passed by Binalbagan, my high school hometown, the home of the Biggest Sugarcane Mill way back 1960s – BISCOM. Next stop over, the rising city of the south, my beloved hometown, Kabankalan City. We had our breakfast at Jollibee and had our tanks refilled for the next chapter of our journey. It was a long drive before we finally reached our destination but we had so much fun during the ride.
Along the road, the coastal sea line of Cauayan Negros Occidental, this is considered as the longest highway because of its shape. There was a viewing deck along the road where we pulled over and of course took a shot of this picturesque moment. Next, was the famous Municiplaity of Ilog, the seafood capital of the South, we tried to take an alternative route to check if we can buy their famous “Talaba 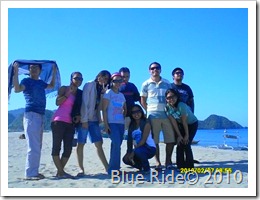 ” but we didn’t get the chance to do so. We move forward to our final destination which was Sipalay. It’s known for its white sand beaches and diving resorts. We headed to Campo Manes Resort. This resort is partly owned by the local government of Sipalay so it’s a bit cheaper compared to the commercial ones. You just have to prepare yourselves though because during daytime, the resort doesn’t have electricity, a generator powers up around 7 in the evening and shuts off exactly 6 am but of course you have to pay for that. When we arrive the first thing we did was to do our Marketing and cook our foods, we feasted with a lot of fresh seafood. We then prepared some team bonding activities. We had drinking moments along the shore, we discovered each and everyone’s heartaches and aspirations, the challenges that we are going through, that made us got closer to each other.
The next day, we woke up early and prepared ourselves for our Island Hopping activity. This is going to be so much 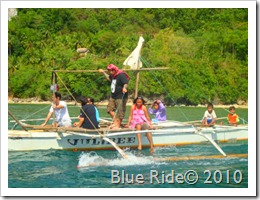 fun. I am a beach lover and activities that goes along with it, name it, I love it.
We started touring the island by boat and rove around it, we discovered coral reefs and enjoyed each destinations.
The next day after breakfast we packed our things and prepared to go home. We dropped by Perico Restaurant in Kabankalan City to eat. While talking about the Sipalay experience, I just mentioned that there is an Inland Mountain Resort also that we can visit as it will not really take us long to arrive there.  So, we then decided to drop off Mag-Aso Falls just to seize this journey.  We then found ourselves driving towards the rocky path to the newly discovered Resort.  After taking invading the place and splashing on the cool water, we then drove all the way back to Kabankalan City and had our dinner at the City’s fancy Resort: Zaycoland Resort
We ended this tour with a BIG SMILE for what we have discovered on the Southern Part of Negros Occidental.
A next Team Outing is Coming Up!!!! 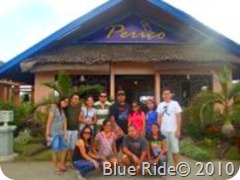 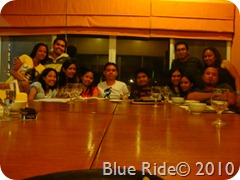 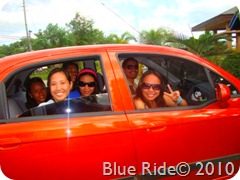 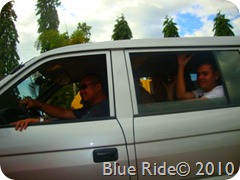 Sipalay Negros Occidental
Sipalay has various natural fascinations that one can see & experience. The 3-hour land trip to the city is truly rewarding as you start exploring the bounties that abound the place. The bay is excellent not only for diving but for jet skiing, kayaking, and all sorts of water sports. It has an existing port that caters to medium-sized sea craft. The enclosed shape of the bay and islets in its opening provide calm waters even in harsh weather conditions. Entrance to the bay is a wide expanse of coral garden with various species of corals and fish.