A Celebration of Life - Dinagyang Festival 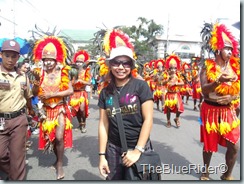 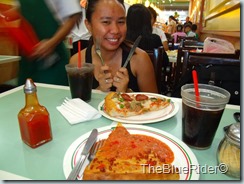 One of the most celebrated event in Iloilo City is the Dinagyang Festival. This is a religious and cultural festival held every fourth Sunday of January. It is held to honor the Sto Nino and to celebrate the arrival on Panay of Malay Settlers and the Subsequent selling of the island to them by the Atis.

This is my first time to be in Iloilo to celebrate Dinagyang as I have been hearing a lot of stories about this and wanted to experience how to they celebrate and have fun myself.

I went there with a friend and will stay with my cousin as he has been working in Iloilo for quiet sometime. Not only the festival made this experience memorable but also the way we got to Iloilo departing Bacolod. Out of curiousity and adventure seeking spirit, Zie and I decided to take a "Ro-Ro" from Bacolod port to Dumangas. The travel is quite boring because the vessel is really moving very slow, but this is a nice trip if you wanted to go on sight seeing :) I am a person who wants things done faster and since I seek for adventure this what I got. Nevertheless, lets not spoil this trip by feeling bad about the wrong decision. Upon arriving at Dumangas Port we had to ride for about 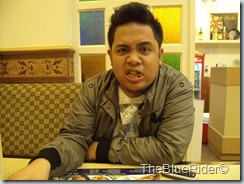 45 minutes to go to the PUV terminal bound for Iloilo City. Waaah the dust and the bumpy ride, more regrets coming in.

Time to regain our senses when we reach SM City; tired, exhausted and hungry, we feasted for a Pizza and Pasta at Sbar 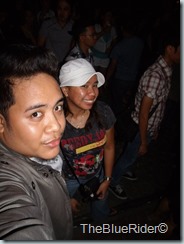 ro Restaurant. Weeh, this is going to be a great celebration!! While waiting for my cousin to arrive, after that great and belly bustling lunch, we roam around to find my "First Dinagyang Souvenir Shirt." My travel plan is not complete and satisfying if I will not be able to take home one.

Dinagyang is indeed really Fun. Prior to the highlight of this event which i the street dancing competition and tribal parade, we had a night of party all over the city. Prior to the intensifying night, I had the chance to watch my favorite Side A band. Weeeeh, reminiscing the past, the song "Forevermore". After the concert we headed to Iloilo's famous party place. "Smallville" and of course party people all over the place meeting everywhere, we also met a couple of friends from Bacolod and CVG. That was a hell out of fun night, party till dawn.

The second day, marks the highlight of the said festivity, the entire Iloilo city main not everything though was closed to traffic. So prepare yourselves for an early way to the cross of walking and walking under the scourging heat of the Sun. Of course, you will not enjoy this festival if you will not watch it live :) Seeing the tribes in action, dancing to the drum beats i 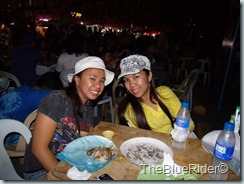 s just nothing but awesome.

Dinagyang is truly one great festival that Ilonggos' nees to take pride of and for those who were not able to see this one, better check and mark your calendars and fly your way to Iloilo City and have fun!