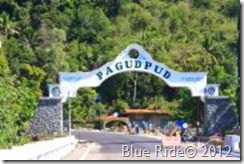 From Laoag City, bus ride to the Municipality of Pagudpud where I spent overnight, recharge my energies for the next days’ escapade… navigating Northern Part…its exciting!!! 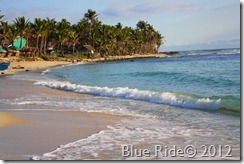 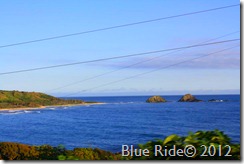 While moving to the next destination, I was able to see from a distance “Dos Hermanas Island” on the east side of Pagudpud. According to Manong Ruben (tour guide). The islands are two identical mountains. Legend says long ago there were two brothers who were very close to each other. They had made a vow to remain together until death. There came a time that they were out fishing when they were caught out at sea by a powerful typhoon. They stayed together and drowned in the tempest and as a sign to all of their loyalty to each other they were transformed in death as two nearly identical cone shaped mountains. Below the island rocks are caves where a diverse range of colorful tropical fish swim and these are best observed at low tide .The Dos Hermanos rocks also have many submerged smaller rocks where famous and delicious gourmet seaweeds known as gamet are found during the rainy season. But since this is a road trip I didn’t get the chance to take a look at the underwater beauty of Dos Hermanas.. Till next time… 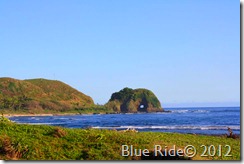 The lover’s rock of Pagudpud. Before reaching the Maira-Ira Cove or the Blue Lagoon, we passed by a couple of rock outcroppings opposite each other. The first one we passed was the Timangtang Rock. It was separated by dried coral rocks and wild waves from the more popular Bantay-Abot Cave. Bantay Abot Cave is a misnomer as it is not really a cave but a large hole in the middle of the rock, but it seems both locals and tourists has embraced the name.The pair is collectively called Lover's Rock. Bantay Abot Cave is supposedly the female. It took me a while to figure it out but found myself giggling when I eventually did. These two natures of wonder once again highlighted how nature blessed the province of Ilocos Norte. I went first to Timangtang Rock, which actually offered the best view of the Bantay Abot Cave since the panorama showcased the rushing wild waves from the China sea crashing against the bed of long-dead corals. The same waves were crashing against Timangtang Rock as well. Whether individually or collectively, these beautiful formations are definitely wonders to behold. Looking at the strong waves, I thought of how nature's wild passion formed the amazing scenery before me. And just watching the rocks and listening to the waves gave me some feeling of peace and tranquility. 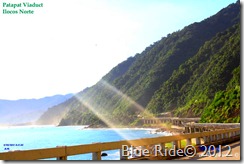 At the foot of the cliff of the North Cordillera Mountain Range is the 12-km winding bridge known as the Patapat Bridge, popularly known as the French Riviera of the Northern Philippines. At the upper part of the cliff, one can still see the etched footbridge that was the only link between Ilocos and Cagayan Valley in the 1960's.While at the middle of the Patapat Bridge, one can take a look at the awe-inspiring panoramic view of the verdant mountains and the sea below. A glimpse of the old footbridge adds grandeur to the breathtaking view. 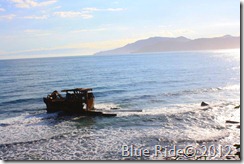 While at the scenic Patapat Viaduct, one can get an enchanting view of Pasaleng Bay, its beauty unmarred by a shipwreck dating from the Japanese occupation. It is believed that the other half of the ship lies eight fathoms at the depths of scenic Pasaleng Bay, while the other half is at 20 fathoms at scenic Agua Grande. Here, treasure hunters and other adventure seekers, or even simple divers are treated to a wonderful diving experience. 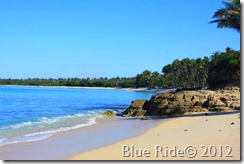 The little–known northwest Philippine beach Saud Beach at Pagudpud, Ilocos Norte was recently named as one of the ten best beaches in Asia by Australia’s Melbourne Sunday Herald Sun newspaper. Saud Beach was chosen on the basis of its pristine condition, rustic appeal, relative isolation from the usual tourist crowd, its “untouched by commercialism” quality, and the variety of water sports activities it offers.
Located at the northwest coast of Luzon, Saud Beach is a 2-kilometer arc of pure sand bordered by the blue of the South China Sea. It is an uncluttered beach devoid of all commercialism and crowds that usually spoil the appeal of a quiet beach destination. It is a haven for swimmers, snorkelling enthusiasts and wind surfers, and it is fast becoming another surfers’ paradise in the Philippines. This picturesque beach is renowned for its crystal clear waters, fine white-cream sand and underwater sceneries of multi-colored corals and iridescent fish. Saud Beach is definitely one of Philippine tourism’s best-kept secrets…. Be back for a Splash… 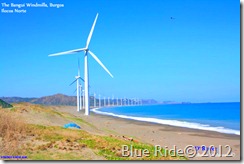 One destination that I shouldn’t miss in this trip is to be able to go and take a closer look at the majestic windmills and it didnt disappointed me. They are huge, powerful and indeed breath taking. It’s the largest windmill in Southeast Asia. Each windmill has 236 meters apart on shore. These beautiful structures has 41 meters blade and the its height is roughly equivalent to a 23-storey building. I am so lucky I was able to see them for real.. its really great nd I cant explain the feeling as I get closer to it, I just smiled, WOW!! and jumped for joy appreciating the scenery. 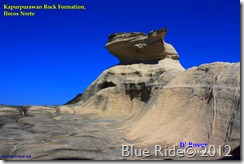 I thought I am done with the amazing feeling when I saw the Bangui Windmills not really anticipating that there’s another astonishing scenery awaiting for me to discover. I was brought to Burgos town to see the famous Kapurpurawan Rock Formation.
After taking a short hike down the cliff where we parked our vehicle, a scenic view of rocks, hills, pools of sea water and small patches of vegetation greeted us. Aside from the scene in general, what is more remarkable are the details of the area. On top of the rugged coast of Kapurpurawan are patches of bonsai mangroves. A sign saying that taking of mangroves and other form of vegetation's from the area is prohibited under the Philippine law indicates that the pristine beauty of the place is being threatened by tourists and outsiders. The word kapurpurawan means kaputian or whiteness in Ilokano. The place was named as such due to the different majestic white lime stone formations in the area.  The formation of these structures of lime stones is due to sedimentation and weathering. The strong winds coming from the sea contributes a big part in the deposition of minerals and the mechanical and chemical weathering of this rock formation. The sight of these natural rock formations was really amazing which made me realize that I need to have better lenses for my Camera to better capture landscape sceneries. 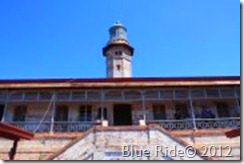 Also known as Burgos Lighthouse, is a cultural heritage structure in Burgos, Ilocos Norte, that was established during the Spanish Colonial period in the Philippines.
The light marks the northwesternmost point in Luzon. The northeasternmost being Cape Engaño Lighthouse in Palaui Island, Santa Ana, Cagayan.
The 65-foot-tall (20 m) octagonal stone tower, the most prominent structure in the vicinity, can be seen from as far away as Pasuquin town in the south and Bangui on the east on a clear day. Contrary to popular belief, it is not the highest-elevated or tallest lighthouse in the Philippines. Corregidor Lighthouse is higher at over 600 feet and among the Spanish Colonial lighthouses, the tower of Cape Melville Lighthouse is the tallest at 90 feet. In Mindoro Strait, the recently erected modern tower at the Apo Reef Light Station rises to a height of 110 feet.
It was an amazing and self satisfying trip, not only that I get to discover wonders of nature and its beauty but also I was able to accomplish something and I can say...

I CONQUERED NORTHERN LUZON!!! It was a blast!!