I Finally Realized the Dream – First Land in Mindanao - CDO

I have planned this multiple times, I got discouraged by people saying that I shouldn't be going to this place because of the some untoward incidents reported on TV. Yes, I am a bit hesitant as well, a bit nervous when I first booked my flight on the first City in Mindanao. But, hell yeah, when will i start conquering my fear? Will I just stop staring at books and reading blog posts about this place because I fear for my life? Will I just end my adventure in Visayas and Luzon?
I came to realize that wherever you may go, if you aren't careful on what you are doing, its still going to be dangerous.  So i finally set aside whatever apprehensions I have about Mindanao and decided to finally let it go, and I never regretted it.
Its really true, Mindanao is a paradise, it is a beautiful place.  Its an untouched heaven that will captivate your soul once you landed.It is an interesting island in many respects. I am determined to discover this island whatever it may take.
My Destinations in Mindanao (I will make sure to set my feet in these places)
Davao | Cagayan de Oro  | General Santos | Zamboanga | Iligan | Surigao | Butuan | Dipolog | Mambajao | Pagadian |Koronadal | Cotabato | Dapitan | Tagum | Camiguin | Bislig |Samal Island | Bukidnon | Ozamis
November 22-24, I finally

f in the first City of my Mindanao Explor 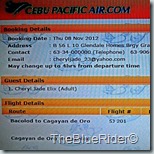 ation – Cagayan de Oro City.
Cagayan de Oro City is located at the northern coast of Mindanao, Philippines. It is the capital of Misamis Oriental province and the regional center for Northern Mindanao (Region 10). Cebuano or Bisaya is the city's main dialect. English on the other hand is widely used in schools, media, government and commercial transactions.
Cagayan de Oro is known as "The Gateway to Northern Mindanao" because of its location and good transportation facilities. However, it is through her warm and hospitable people that the city became more known as "The City of Golden Friendship". Ops, before i even forget, its also known for the White Water Rafting Adventure.
I left Bacolod late afternoon flight for Cagayan de Oro City through Cebu Pacific Airlines. I didn't realized that they are now on time *_^ (wink).  I had a great time chatting with manong driver (cab driver) who brought me to the airport. My flight was scheduled 4PM but the plane took off around 3:40PM (way ahead of time) Note to self starting now: “MAKE SURE TO BE IN THE AIRPORT 2 Hrs Before the flight schedule. 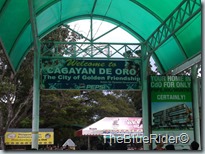 ”
After an our of flying, i finally touched down Lumbia Airport. Yey! Im in Mindanao already :) The adventure starts the moment i touched down the airport. I don't know exactly the place, though I have an idea about it. But this feeling make me more excited. I promise myself not to take the cab more often so i can rove the place taking public transportation. Its indeed true, their are no old model cabs  in CDO.. they mostly have Nissan Sentra, Toyota Vios, take note I've seen a Camry used as a cab, oh, what can you say about it? :) Yeah, Epic failed, I took a cab from the airport to city proper but its the metered one, I got lucky still.  On the way to the city, we passed by SM CDO, i don't know who set the idea to build the mall far from the downtown area. Its located in El Pueblo, 30 minutes away from 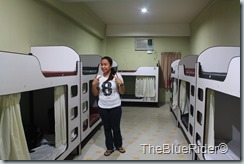 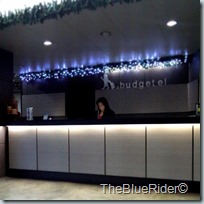 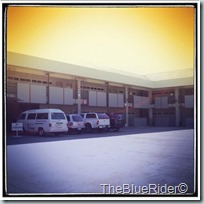 ill a mall, so people will come by and shop.   I chose to stay in Budgetel, its a hostel built for back packers and budget travelers. Not bad, you can gain a lot of friends if you stay in these places.  It’s also near malls and 5 minutes away from terminals and markets.    Just across Capitol University. Its a safe place as there are food chains operating 24 hrs and the premise has roving guards. There is also a 24 hour coffee shop owned and managed by budgetel management.  Upon arriving, you will notice that the reception area is patterned like a passenger terminal, its for people whos always on the go. You have the option to choose whether you want a common dormitel or a private room. All room were air-conditioned and with built in Wi-Fi. The ones i got is a dormitel type room with 8 beds that can accomodate a maximum of 16 persons, fit for group travelers or field trips. As what you can see, the room looks like a ship cabin.  There are also lockers for rent  to keep your things and val 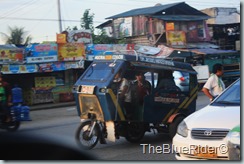 uables safe.
After I arrived, i rested for an hour and I started roaming CDO, i don't have much time so I need to spend it wisely. First stop, I walk around and check their malls. The most common means of transportation along downtown area is the Motorela.   It can carry a maximum of 10 passengers. 2 will be seated in front beside the driver and 4 on each side of the vehicle. Amazing!
FYI : Raphael Floirendo invented the Motorela in 1964 from the word “motorized” and “caretella”. This Filipino inventor came from Luzon and transfer here in Cagayan de Oro; he was able to study high school at Xavier University-Ateneo De Cagayan. Raphael Floirendo earned 500 Pesos after selling the first unit which is not here but in Ozamiz City. After selling and it was known to the public the locals are using the “caretella” or the Motorela.
First night, i went to SM CDO and check out my souvenir shirt. My travel will not be complete without a shirt and of course I checked out the stores available. On my mind “Swerte pa ang CDO my Bratpack and Northface, ang Bacolod wala gid” (CDO is luckier, they have Bratpack and Northface which we don't  have in Bacolod). I also searched for the famous delicacy here in CDO and Camiguin, Pastel, and yeah, its delicious! PASTELICIOUS :) . Vjandep is best known for its filled buns called “pastels”. Hailed as the “Pride of Camiguin”, its famous product is now one of the most sought after goodies and pasalubong treats from the island province. Aside from the original yema flavor, its pastels now have several flavor selections, including strawberry, durian, chocolate, ube and pineapple.
First day ended with a smile here in the City of Golden Friendship. Tomorrow will be another perfect adventure, on my way to Camguin, the “Island Born on Fire”