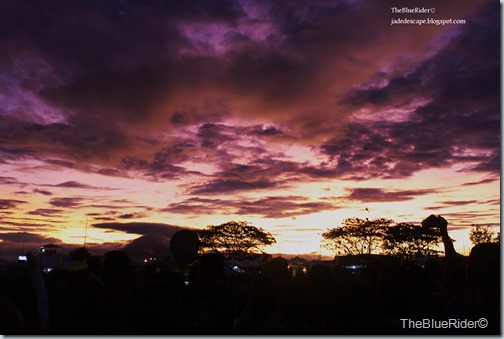 The most awaited event has finally come. I travelled miles to reach and witness this spectacular weekend of everything that fly. :) No regrets, i just had an awesome time seeing the colorful Balloons inflating and eventually flying up in the air. What I liked and loved about this fest is that I have learned so much about the Hot Air Balloon. The festival just doesn't allow their spectators to just assume and presume things as there is someone narrating while an exhibition is ongoing so will better understand what's going on during the show. Saturday, February 23, 2013, I woke up early in the morning took a jeepney ride to the Festival Site. From the main gate, i walked 15 minutes to get to the entrance gate of the Omni Aviation Field.  Note to self, to buy ticket ahead of time so I will have hassle free entry.  After 20 minutes of waiting, I was able to grab a ticket and went my way inside the Aviation Field. Ticket is sold for Php250.00 for a day pass.
While waiting for the first activity, there is an “UNOFFICIAL WELCOME” from the field director, they started flying remote controlled gadget in the air, its called UFO. LOL 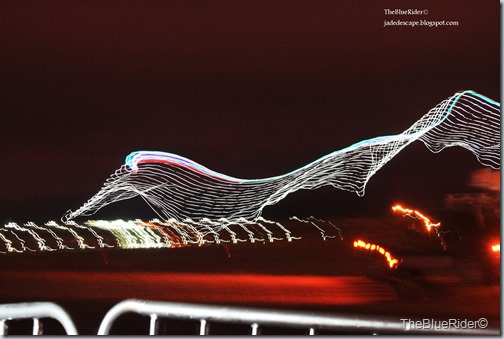 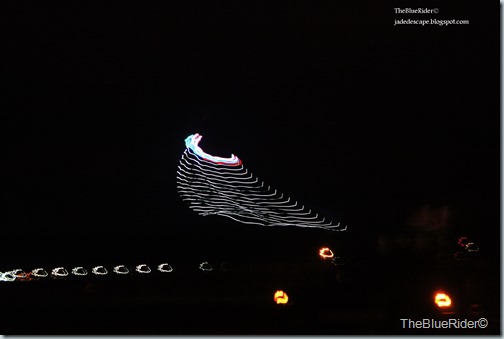 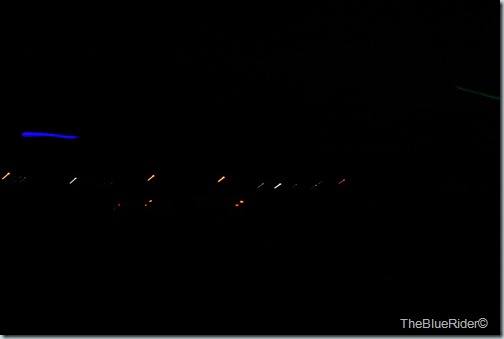 When the sun starts to shine, the balloons were coming in one by one carried by the Angeles 4x4 Riders club, according to the host, each balloon is assigned to one 4x4 vehicle. When the balloon starts to fly, the vehicle will chase it until it landed. Kudos to the drivers for being so patient chasing a hot air balloon that doesn't know where to go. It goes wherever the wind will blow.  Aside from that,I learned some interesting facts about Hot Air. The ideal flying time should be sunrise and sunset. You may wonder why? According to the host, the Balloon is being filled with Hot Air to make if fly and the air outside the balloon should be cool enough to lift it higher. If the air from the inside and the outside is HOT, the balloon will not fly because the hot air from the outside will pull it back to ground. :) 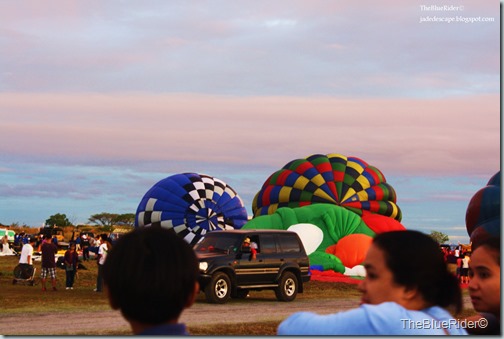 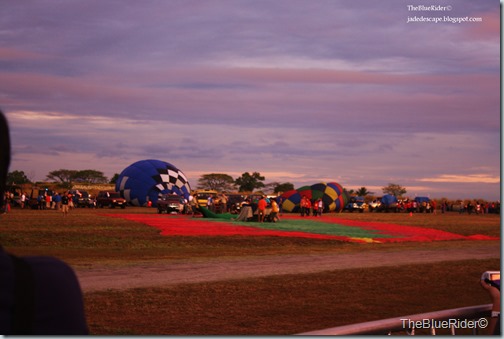 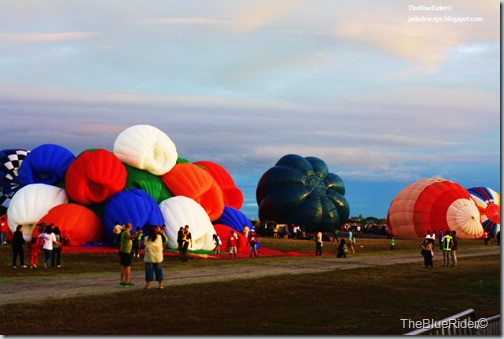 There were 15 contenders for this competition, the Saturday Hot Air Balloon Flying competition is called the hare and hounds event. The first balloon to inflate and fly will be the rabbit and the remaining balloons will be the hounds. The rabbit will move as fast as it can to any direction it wants and the hounds balloons will chase it. The balloon that will land closest to the rabbit balloon will win the competition. This will be very exciting because the hounds balloons may be blown by the wind in a direction that’s really far or opposite to the hare balloon. This is a more challenging quest.  The event started with sky divers carrying the Philippine Flag, these are from coast guard, air force and Philippine Army. 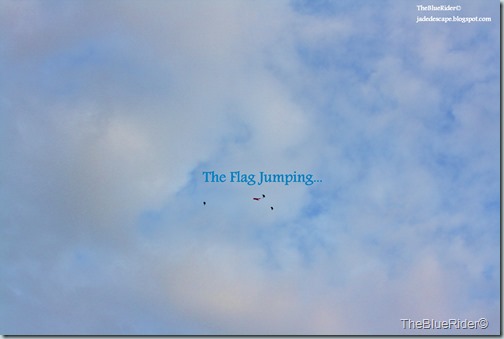 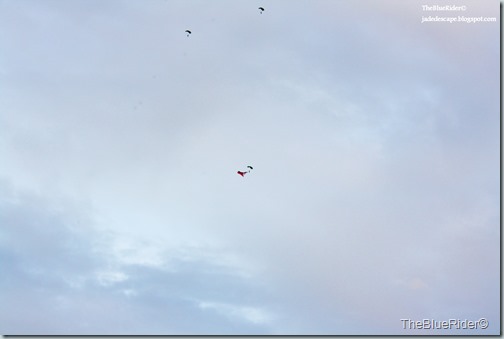 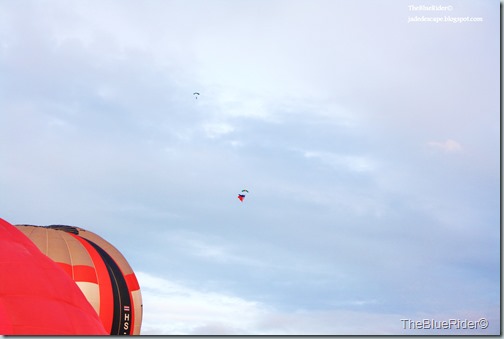 This Balloon to the right is one of my favorites, the Tulip Balloon from the US, its just so Colorful.    The Pink Elephant Balloon is from Brussels Belgium.  The fire truck Balloon is from Germany.  The very colorful Balloon from the left is from Korea and the Heart Balloon is from Zurich Switzerland.   The Sunny Boy Balloon is from The Philippine Department of Tourism, it didn't fly though. Its inflated for continuous picture taking. LOL I wasn't able to fully take down each countries contenders.  Here are some snapshots of the Hot Air Balloon starting to fly. 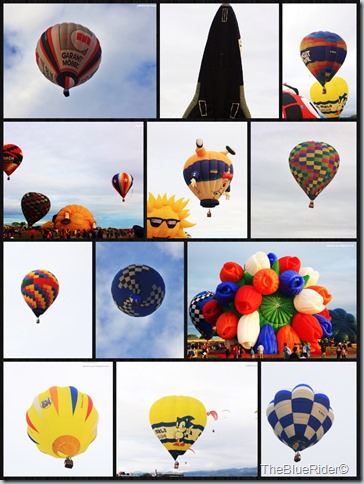 The Yellow Balloon on the left is from the Philippines, the Space Shuttle Balloon was inflated but was not able to fly. After the Balloons took off, a series of paragliding exhibition followed. They came from Malaysia, Switzerland and other parts of the world. 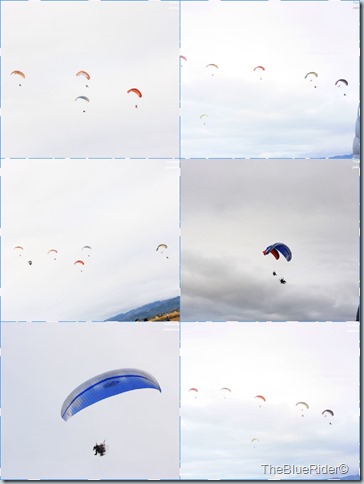 After the Paragliding exhibit, the event was followed by Meynard Halili’s Aerobatic Show in his Bellanca super decathlon.  It’s just so amazing to witness a fabric light aircraft swinging to and fro and at the same time flying all the way up to the sky and will drop itself as fast as it can. Also, what amused me is when the aircraft starts to fly upside down. 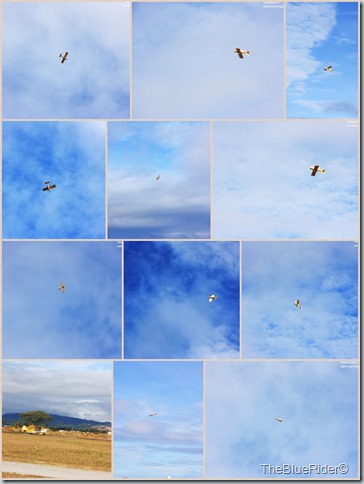 After the show, the most awaited event followed. The Breitling Jet Team Aerobatic Exhibition. It’s just so beautiful, so precise and its simply breath taking. 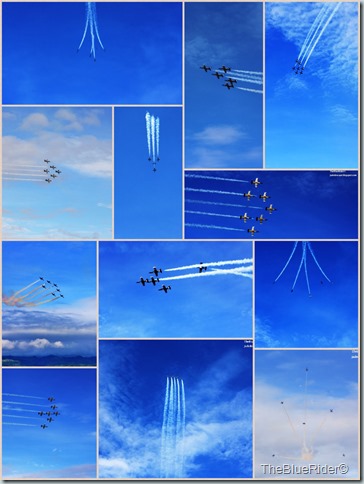 After several hours of standing and sunbathing, I decided to roam around. On the other side of the field i saw kite flyers, life-size transformer images great cars for displayed for racing. 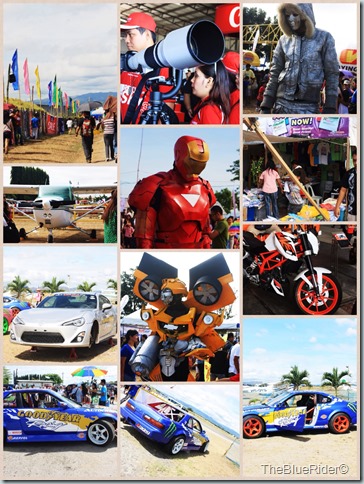 Though tired and sweating, I went home with a smile. I had one superb experience gazing this event.  I will go back for more and this time I need to be inside the field and will also try paragliding. =)