The Timeless Beauty of The Ruins

I had the chance to revisit the Place with a friend and experience once more the fascinating and elegant beauty of the structure. 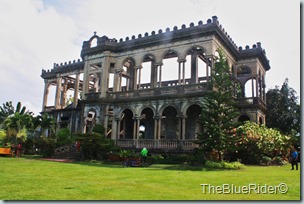 The Ruins, located in the heart of an extensive Sugar Cane Plantation in Talisay City stood majestically.  The Mansion was built by Don Mariano Ledesma Lacson in memory of his beloved wife who died giving birth to their youngest child. The ruins is considered as the Taj Mahal of Negros Occidental. Its an Italian Structure heritage house with an aesthetic beauty captured best during sunset. 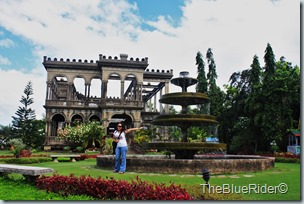 "The Ruins" is also  considered as one of the 12 most fascinating ruins in the world.
It was believed that the Mansion was burned during World War II to prevent the Japanese Soldiers from utilizing it as their headquarters to invade the Philippines. The foundations remain, thanks to the A-grade mixture of concrete. The skeletal structure is now being visited by locals and foreign visitors. One can experience a nice view of the sugar plantation from the second floor, picnic downstairs and having a cup of coffee while enjoying the dramatic sunset. The place is amazing and it won’t cost you so much. The entrance is PHP60. Being the Major landmark in Negros, the ruins is a good spot for photo enthusiasts.

The Ruins is of Italianate architecture with neo-Romanesque twin columns. The couple’s initials M and M are molded onto the mansion’s posts.The top edges of the mansion also feature a shell-inspired decor, which in New England indicates that the home is owned by a ship captain. This particular design is in honor of Maria Braga’s father, who was ship captain.

Still in keeping with the marine theme, the second story of the mansion features a belvedere that faces the west. According to the historians, Don Mariano would be often seen sitting in the glassed-in sunroom viewing the ships that come and go along the coastal waters of Talisay.The mansion was reduced to its skeletal frame when in the early part of World War 2, the United States Armed Forces in the Far East (USAFFE), guerilla fighters during the Japanese occupation, set the mansion ablaze so it will not be used as headquarters by the Japanese forces.

The fire burned the mansion’s roof and the 2-inch thick wooden floors but the foundations remained standing, thanks to its oversized steelbars and the meticulous way of pouring the A-grade mixture of concrete.
In its heyday, the fountain outside the mansion was surrounded by a beautiful lily garden, which was maintained by a Japanese gardener, who mysteriously disappeared following the burning of the mansion.
Today, it is a landscaped garden, drawing various inspirations, from formal English gardens to Japanese-inspired gardens.

There are also modern additions to The Ruins: the 18-hole mini golf course and newly built toilets that still use the mansion’s original septic tank.

Inside The Ruins is a semi-fine dining restaurant offering Mediterranean cuisine and a mini-bar.

The Ruins is open to the public from 8:30 am to 8:00 pm daily. The Ruins may also be used for special events such as weddings, family reunions, etc. There are also camping and picnic grounds, bath houses and a pavilion.

The Ruins stands today as a living testament of how privileged Negrenses lived in the early days. 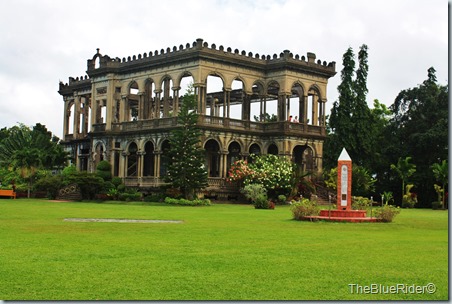 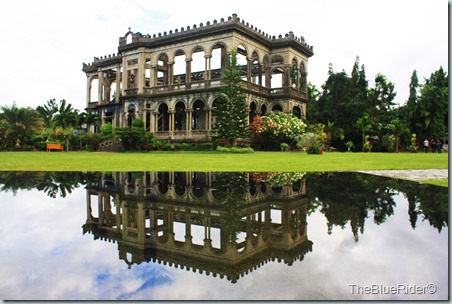