This country boasts wonders and extraordinary architectural creations. Here are some of the things I rediscovered about Egypt 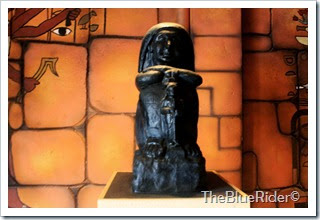 Nedjem held the office of "god's father" in the mortuary temple of King Merneptah during the reign of Remesses III. Nedjem dedicated this statue in the Eleventh Dynasty temple of Mentuhotpe II at Deir el Bahri so that he might partake of the offerings made to the gods worshipped there. It was called Block Status because of the seated position of this sculpture 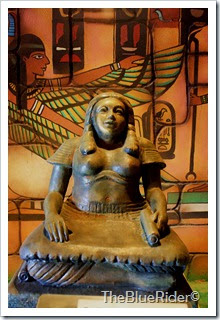 Scribes and priests were only taught how to read and write in temple courtyards. They memorized hieroglyphic symbols and kept records. Being one was often inherited and passed from generation to generation. A scribe was exempted from the heavy manual labor. 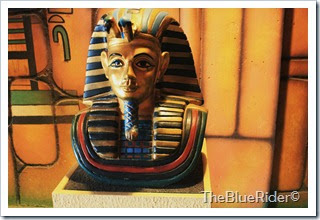 Tutankhamun, or better know as King Tut, is an 18th dynasty pharaoh (1332-1323 BCE) who inherited the throne at a young age of 10.  His reign was short-lived. He died at the age of 18. What caused King Tut's death has been the subject of considerable debate until now 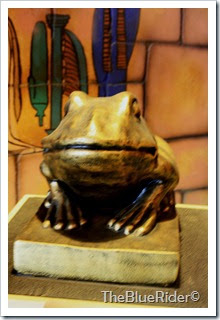 The goddess Heket, who was represented in the form of an Egyptian frog, was worshipped in the town of Hew-Wer. She is believed to be assisting in child births. Amulets and scarabs worn by women to protect them during childbirth often bear the image of the Frog Goddess 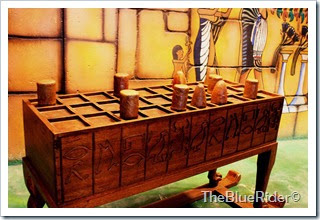 Known as the board games, this object was very common in ancient Egypt and people from all levels of society played them. However, the rules  explaining how to play these games did not survive, but experts have made some educated guesses on how these games were played 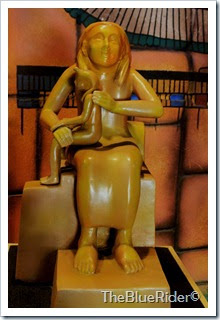 Queen Ankhnes-meryre and her Son Pepy

Pepy, who became king at the age of six, had one of the longest reigns in the world history. During his childhood, his mother, Queen Ankhnes-meryre, acted as his regent, and she appears to be the primary subject of this statue 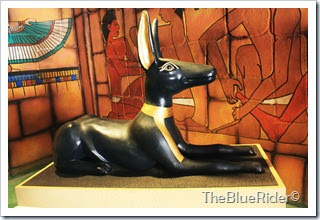 The Egyptian Jackal was sacred by the ancient Egyptians. One of their main and most important gods beheld the head of a jackal, Anubis, the god of the underworld. He was also the god who oversaw the process of embalming. With the head of a black jackal, Anubis can come off looking a little frightening to those who do not understand his powers 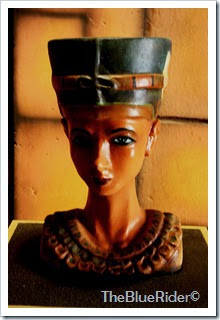 A painted limestone bust of Nefertiti, the Great Royal Wife of the Egyptian Pharaoh Akhenaten. She has become one of the most famous women of the ancient world, and an icon of feminine beauty. The work is believed to have been crafted by the sculptor Thutmose. It was discovered in 1912 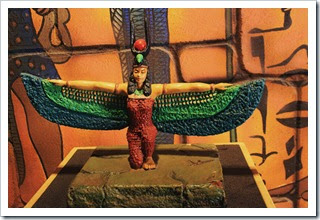 She was regarded as the symbolical mother of a King. Isis was also known as the "Eye of Ra" and was worshipped as the "Goddess of Magic" who had protected her son from danger, thus she would protect mortal children also. She was closely connected with Hathor whose physical attributes the cow's horns and sun-disk she adopted 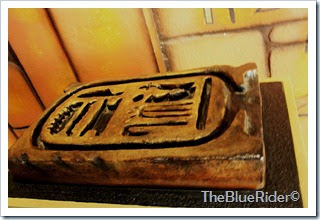 A structure or figure in ancient Egyptian hieroglyphics, often in the shape of an oval shield or oblong scroll, used as an architectural or graphic ornament or to bear a design or inscription. It is enclosed in characters expressing the names or epithets of divinity or royalty 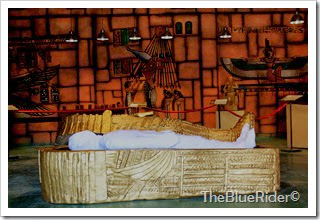 The methods of embalming, or treating the dead body, that the ancient Egyptians used is called mummification. Using special processes, the Egyptians removed all moisture from the body, leaving only a dried form that would not easily decay. It was important in their religion to preserve the dead body in as life-like a manner as possible. So successful were they that today we can view the mummified body of an Egyptian and have a good idea of what he or she looked like in life, 3000 years ago 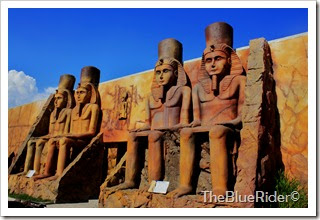 The 4 towering colossi can be found in the entrance of the Temple of Re-Harakhte or also know as The Sun Temple of Ramses II. These giants are believed to have been protecting the sacred structure from the time it was built 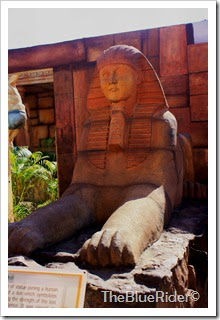 It designates a type of statue joining a human head to the body of a lion which symbolizes sovereignty combing the strength of the lion with a human intelligence. It was viewed as benevolent, a guardian. The Sphinx was the embodiment of royal power often shown smiting the King's enemies, or the King himself being represented as a victorious Sphinx trampling of his foes 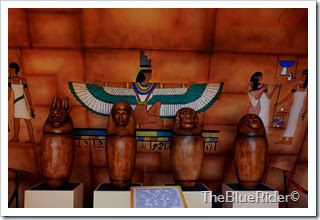 Pottery came first before Pyramids. this is evident from the presence of older hieroglyphic writing with characters which have images of earthen vessels. Pictures of pottery vessels and small pieces of pottery have been found in tombs. It was made for functional reasons 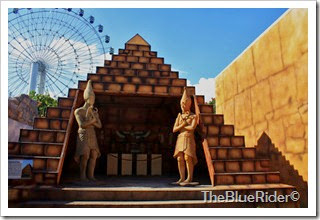 The Great Pyramid of Giza

It is the oldest and largest of the three pyramids in the Giza. It is the oldest of the Seven Wonders of the Ancient World, and the only one to remain largely intact. Egyptologists believe that the pyramid was built as a tomb for fourth dynasty Egyptian Pharaoh Khufu over a 10 to 20-year period concluding around 2560 BCE. It was the tallest man-made structure in the world for over 3,800 years 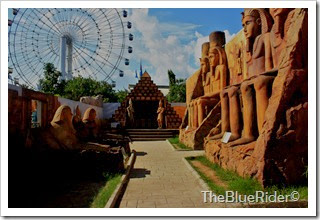 The effect or remembrance of what Egypt accomplished at the very dawn of history has influence in every nation and every age. It is an important testimony to the power of the Egyptian mythos that so many works of the imagination, from films to books to paintings, have been inspired by it and the ancient culture continues to attract enthusiasts from around the world. The things i saw here may not be everything about Egypt but at least i get to see some of the remarkable creations and discoveries during ancient times. Who knows, i may be able to land in this place someday :)