Surfing, surfing, surfing. I've been drooling to try and experience this myself. It's been part of my bucket list for adventures i wanted to accomplish this year and i never thought that plan will materialize earlier than expected. It's still the love month and I am loving how things are falling into place. A high school friend happened to share that same passion with me and would love to try surfing as well so we then decided to explore this new water sport together. We decided Baler Aurora to be our first training ground for our surfing lesson.
Baler aurora is located on the northwest part of the Philippines, 230 kms from Manila. There were several ways to go to Baler but its only Genesis liner having direct trips to baler. Trip would usually take 6  or 7  hours and cost depends on the type of ride you wanted.
For this adventure, we are doing road trip all the way up northwest traversing several towns to get to Aurora. It's our first time going there and we can only rely to our gut feeling, initiative and confidence to arrive safely. Thank God we have high tech gadgets capable of giving us directions.
We left Makati exactly 1030 in the morning traversing EDSA all the way to Quezon City passing through NLEX. We will drop by San Simon in Pampanga to pick up the last soul for the adventure. It’s past 12noon when were exiting NLEX and should be using La Paz exit but of course we lost the sense of direction and we ended up exiting Tarlac. Good thing we have Plan B and because we were so adventurous, instead of getting sad about the re routing we decided to have lunch in Tarlac.  Its past 2 in the afternoon when we arrived in Palaisdaan floating Restaurant in Tarlac. 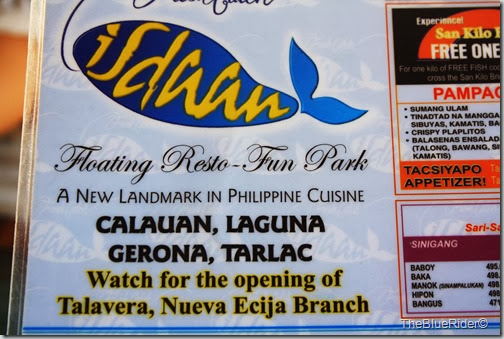 After roughly 2 hours of feasting to the sumptuous lunch we headed towards our destination. We passed by Cabanatuan, several towns of Nueva Ecija and Nueva Vizcaya before entering Maria Aurora. Along the way, were having so much fun talking about our high school days and laughed at how we actually survived those times.
We passed by several rice fields and since this may not happen again soon in the future we pulled over and took some shots. As we all know Nueva Ecija is the Rice Granary of the Philippines. There were dams as well and we had some great shots too. 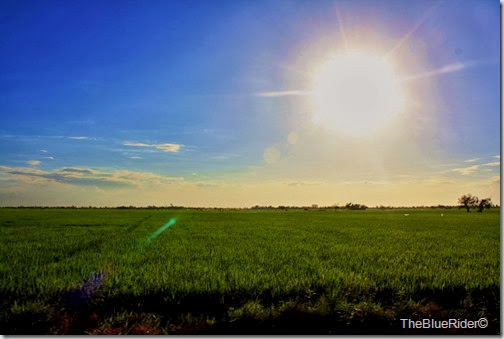 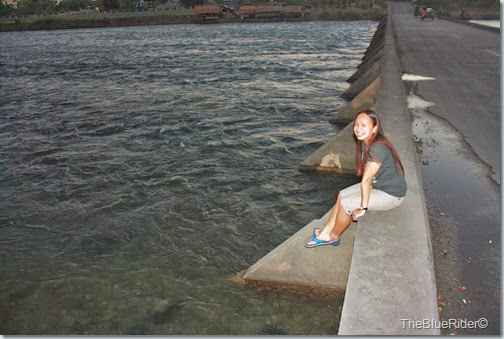 It's getting dark when we exited Nueva Ecija and started uphill. We just keep on following what the GPS told us and we passed by several bumpy roads , a bit eerie but we were just so positive that this will be over soon. That was the longest 20 minutes ride of my life passing the dark unknown place with no streetlights and houses. When we get back to the highway it was a relief. But the super S roads poses another challenge, blind curves and almost everything that will challenge your driving skills were presented. Good thing Len is so alert even if she's not familiar with the roads.  The route to Baler should be shorter but since were avoiding the crazy roads in Bongabon we took the longer yet easier route.
Map from Aliya Surf Camp Website 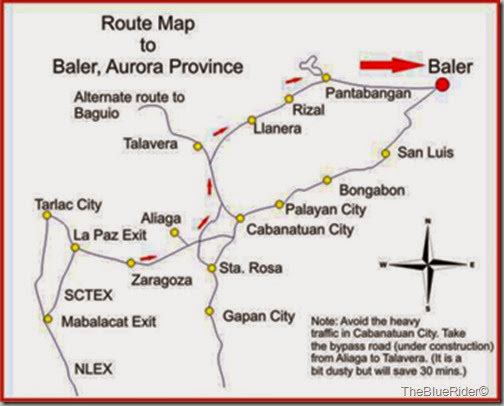 Pantabangan as I can remember was the longest road we ever had going to Baler. Its past 8 in the evening when we finally arrived in Baler. We were so exhausted, tired and hungry. After we checked in and freshen up, we grab dinner at the nearest restaurant, Yellow Fin. We had White Marlin and Grilled Squid and soda for dinner.  Baler is alive even if its late in the evening, you can see locals and foreigners having a great time bonding over a bottle of wine or beer. 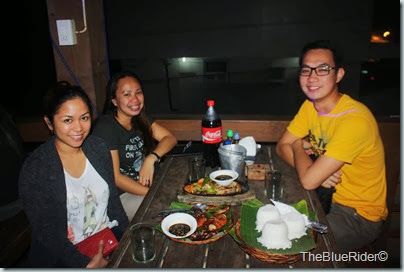 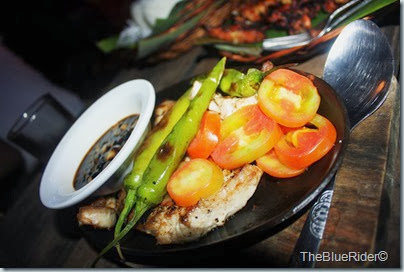 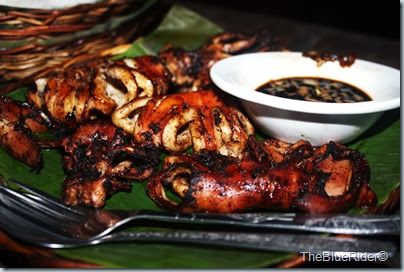 After which we head back to Mahdox Backdoor. We call it a day, lights off around 1130 in the evening, we just had a long day of road trip in the unknown and were looking forward to great and adventure filled day tomorrow.
Flickr Tags: Aliya Surf Camp,Baler,Surfing,Yellow Fin,White Marlin,Grilled Squid,Isdaan Restaurant