Recognizing China’s Treasures and Contribution to the Modern World

Speaking of ancient civilization, China has numerous legacies like their famous Forbidden City, Great Wall, abacus, porcelain and dynasties. Here are some of them: 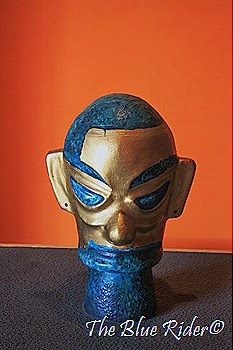 Believed to be used in ancient ceremonies that dates back 12th century BCE, this bronze head were found in a place called Sangxidui, a buried place assumed to be an ancient Chinese City now known as Suchuan, China 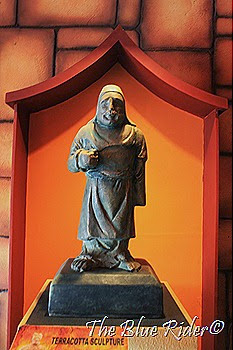 This is a sculpture that is dried in the sun after being formed then it was placed in the ashes of open hearths to harden. IT was classed as a ceramic material after being fired to high temperature 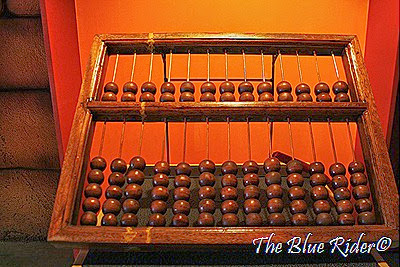 These are bamboo frames with beads sliding on wires. It is a calculating tool used primarily in many parts of Asia, especially in China. The abacus was in use centuries before the adoption of the written modern numeral system and is still widely used by merchants, traders and clerks elsewhere 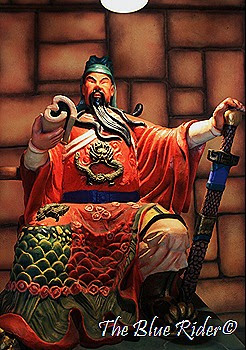 He is one of the famous Chinese generals during the late Eastern Han Dynasty and Three Kingdoms era of China (206 BC – 220 BC). He was always carrying one Guan Dao sword. He played significant role of establishing the Kingdom of Shu. He is respected as the epitome of loyalty, moral qualities and righteousness. Guan Gong is being worshipped by Chinese people from the time of his death until today 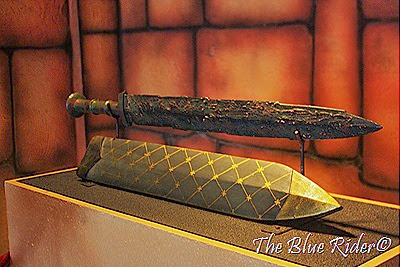 The king of weapon in ancient China, not only was this sword used for a very long time, it was also one of the greatest masterpieces of Chinese craftsmanship. This was used by the cavalry and the infantry, irrespective of the functions that the regiment performed 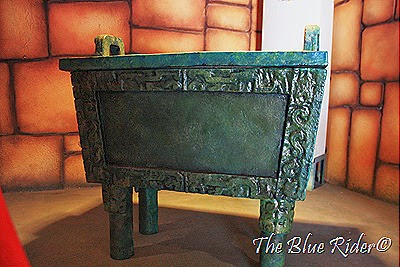 It is an ancient Chinese vessel shape, a large metal pot with legs a lid and two facing handles. These were used for cooking, storage and preparation for ritual offerings to ancestors. Production can be traced back as early as the 18th century BCE 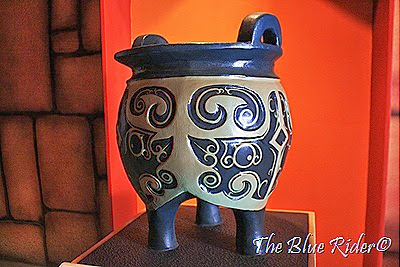 This was used as a cooking artifact, it was made during middle late Zhou Dynasty 850 BCE. This Ancient Chinese relic is 12 cm high and 11 cm in diameter 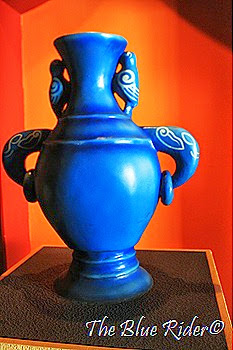 These are plates, bowls, jars made of ceramics produced by heating materials like clay in the form of Kaolin, a mixture of clay minerals and chemical compositions formulated by the Chinese since 1,600 BCE. As early as the Ming Dynasty (1368-1644), porcelain was already being exported to different parts of the world 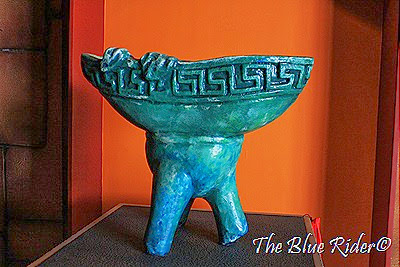 Pottery is made by forming a clay body into objects of a required shape and heating them to high temperatures that changes their share. Glaze is a glassy coating on pottery, the primary purposes of which are decoration and protections. Glazing potteries in China started as early as the 600 CE 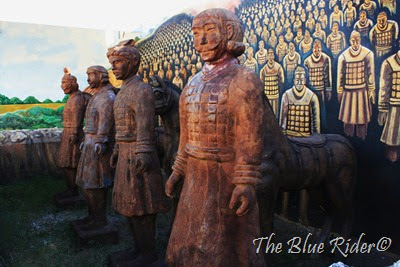 A collection of Terracotta Sculptures depicting the armies of Qin Shi Huang, the first emperor of China. It is a form of funerary art buried with the emperor in 210-209 BCE and whose purpose was to protect the emperor in his afterlife. The figures were discovered in 1974 by local farmers in Shaanxi Province.  Current estimates were over 8,000 soldiers majority of which are still buried in the pits near Gin Shi Huangs’s Mausoleum. Terracota is made of clay ceramics 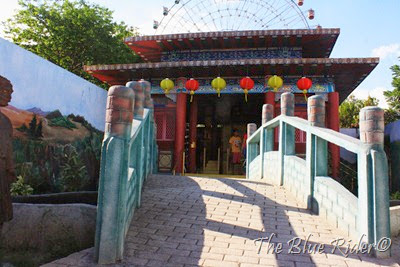 A Chinese temple is a worship place of the Chinese folk religion/Shenism, where people revere ethnic Chinese gods and ancestors. 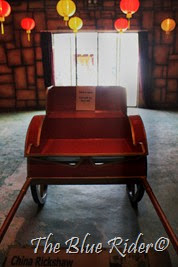 It is a light, two-wheeled cart consisting of a door-less, chair-like body, mounted on springs with a collapsible hood and two shafts; it was drawn by a single rickshaw runner. Although believed to have originated in Japan, it became a very popular transportation in China. It was first seen in 1886 and was used for public transportation. Rickshaw transportation was an important element in urban development in 20th century China, as a mode of transportation, source of employment and facilitation of migration for workers 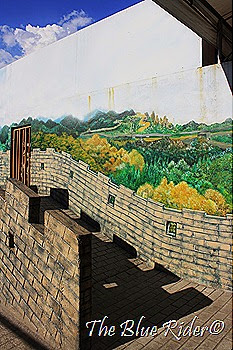 THE GREAT WALL OF CHINA

It is a series of fortifications made of stone, brick, tamped earth, wood, and other materials, generally built along an east-to-west line across the historical northern borders of China in part to protect the Chinese Empire or its prototypical states against intrusions by various nomadic groups or military incursions by various warlike people or forces

Despite its being one of the four greatest ancient civilizations, the Chinese had a slower progress than any other. They have made countless contributions to the world including paper money, porcelain, noodles and other things that are part of our lives today. There were also many great works of architecture,such as,  The Great Wall of China.

Chinese is the only of the four greatest ancient civilizations that managed to survive and have lasted into modern times. The present-day China is the continuation of that evolution. We, as Filipino’s have been greatly influenced by China and even embracing their cultures and traditions.