It was a fine Saturday Morning when I left my second home to revisit Mindanao. By far, the places in this part of the Philippines are left unshaded in my Lakbayan Map. Some of the valid reasons I can think of is that, when I am still based in Bacolod, there are no direct flights to the regions here. You either need to go to Cebu or Iloilo. Good thing that Bacolod-CDO route has been launched sometime in 2012 and that's how I first landed in Mindanao. The first ever city I have set foot on is 'The City of Golden Friendship' Cagayan de Oro City with side trip to Camiguin. I admit that trip is kinda short and quick but at least I get to feel the Mindanao atmosphere and culture. Another reason is the negative things we hear and see in the news that it's not safe for tourists to go here. I think, somehow, this is true, apparently not all places are 'dangerous' let's not hinder ourselves in exploring and discovering the grandeur and richness of Mindanao just because of that.

Much of looking back my past experiences, this time, I am headed to explore more provinces in Northern Mindanao and Bukidnon and Iligan is on top of the list. Originally, there should be three souls exploring this, but as always, I ended up packing my bags and bringing my spirit alone in this odyssey.
CebPac airbus took me to an hour of flying and landed in the New Airport in CDO. It's Blue! Laguindingan Airport is situated outskirt of Cagayan de Oro City proper. if i remembered it correctly, it took almost an hour going to Agora Market Terminal.  No wonder why the fare is a bit expensive. I've been meaning to complain but after I realized that its far, i think the rate is just reasonable.
ADRENALINE RUSH AT DAHILAYAN ADVENTURE PARK
Tired, sleepy and most of all hungry, I hurriedly went to the nearest Jollibee store to grab some lunch. Agora Market is somehow familiar to me as this is my second time here. The first one was way back 2012 when i went to Camiguin. It's exactly 12nn when we depart Agora bound for Camp Phillips. My first destination for this trip is The Dahilayan Adventure Park, housed the longest Dual Zipline in Asia and more. I took a habal habal to get me to the adventure park from Camp Phillips.  I know that I am entering the pineapple plantation because of the huge pineapple I saw from the intersection. 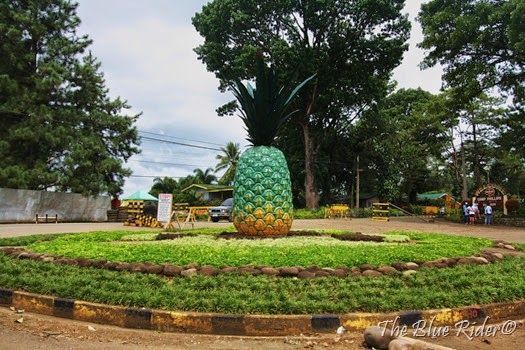 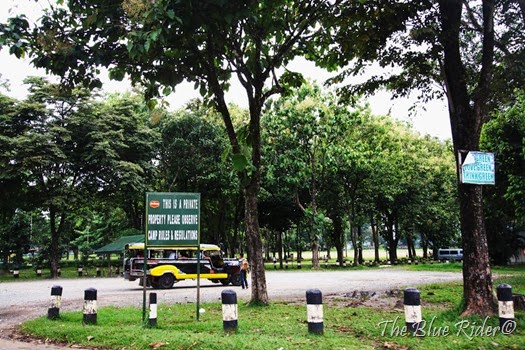 On our way to Dahilayan, the driver and I had some chit chat coz I asked him why it was named Camp Phillips. I told him that I thought this houses armies and task forces because of the word camp. I found out later on that Camp Phillips served as housing for all Del Monte employees. According to the driver, he houses were already owned by the employees and they are not paying for anything here and that included water and electricity, they just have to keep themselves alive by buying their own foods. Speaking of luck! Several minutes, we passed by the largest pineapple plantation I've ever seen. From the entrance, I can smell them. As per the driver, there's really no season when to harvest or plant it. Once cultivated and grown, just wait at least 9 months and you're set. Aside from Pineapples, i saw some corn crops and other vegetables. 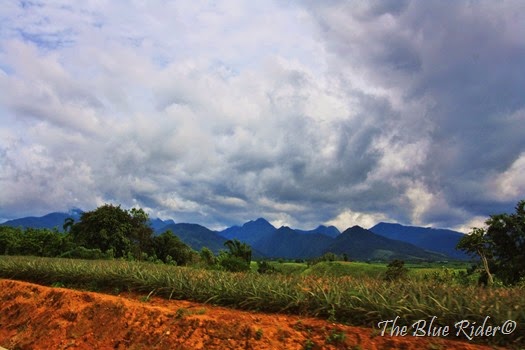 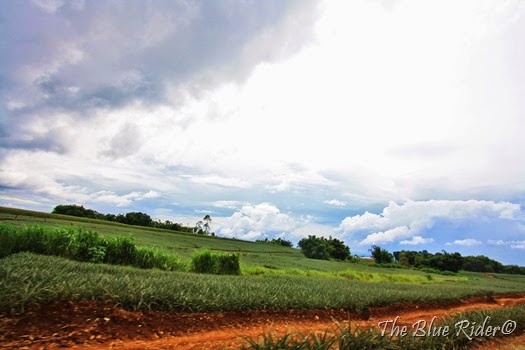 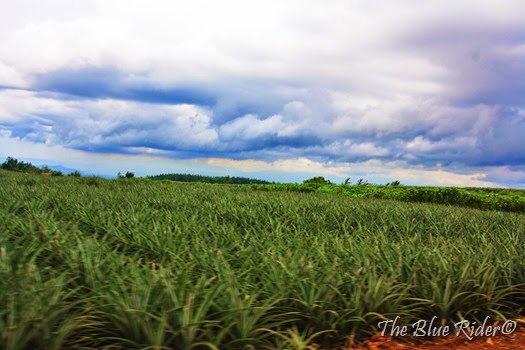 The road to Dahilayan is really bumpy and dusty. Road construction is ongoing and this should make traveling to and from Dahilayan more convenient. It's butt numbing, leg cramping and foot straining ride. After more than 30 minutes, here I am in the Cool Breezed stunning landscape and forested adventure park. I went to the registration booth and sign up for All Zip ride and aeroglider. Several minutes passed, we were taken to the first zipline activity and the longest one.  The guard and the staff helped me gear up.
My knees were trembling at first but there is no turning back. I was third on the line with another girl. This is a dual zipline for 1 minute with 840 meters length in a superman position. Wohooo! One, two, threeeeee!!! 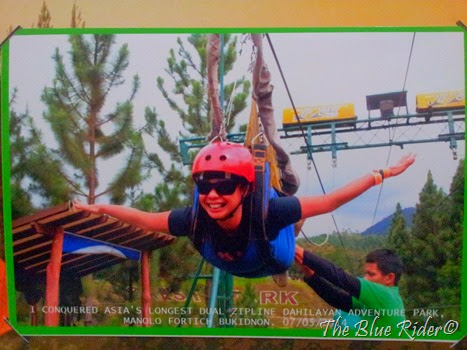 And i am flying!!! At first i was screaming but after 5 secs that feeling shifted to saying wow, whooo amazing, the best all extreme adjectives i can think of may not be able to describe that superb feeling for 60 secs. Passsed by forested lands, rivers, pine trees...it's just amazing. I wish i had slow down a bit but i was just ecstatic about the tricks to move fast...hahaha...  After that superman ride, the next one is also a dual zip in sitting position...320 meters and 150 meters. Its not as awesome as the first one but it's still great. 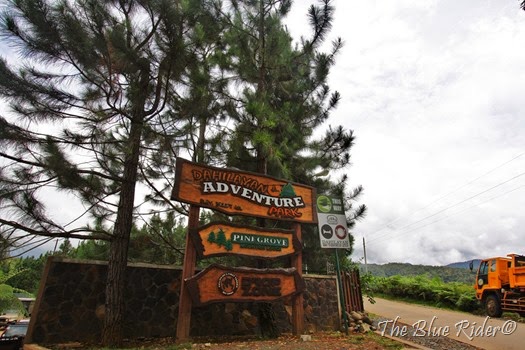 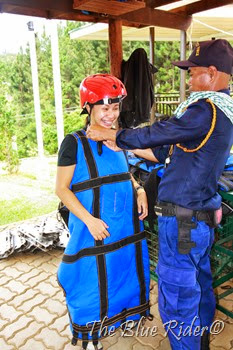 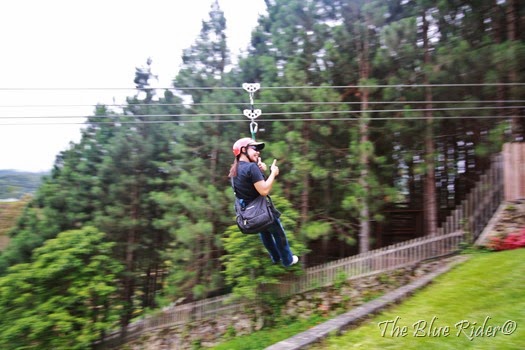 Next should be the aeroglider, but i changed it to python zipline as there were on 3 bicycles available and it will take 30 mins at least for one to go back if they are consistently pedaling but if they stop one hour! I cant wait that long,so i change my mind.  This one is also amazing as you will feel the drop and bounce through the course.
Tired and a bit exhausted from all the rides, I roam around and took photos of the park 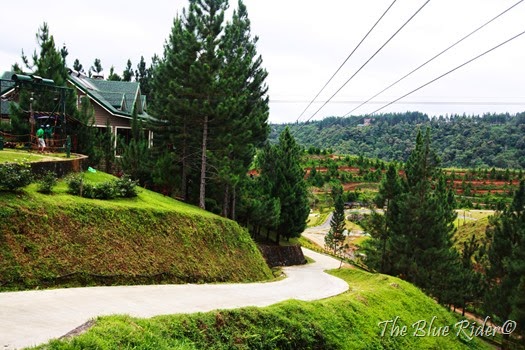 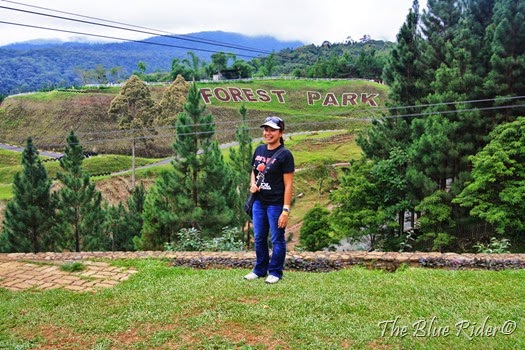 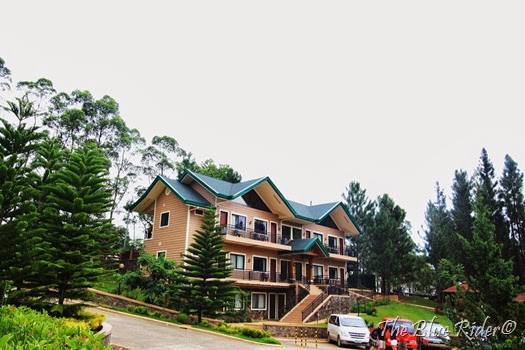 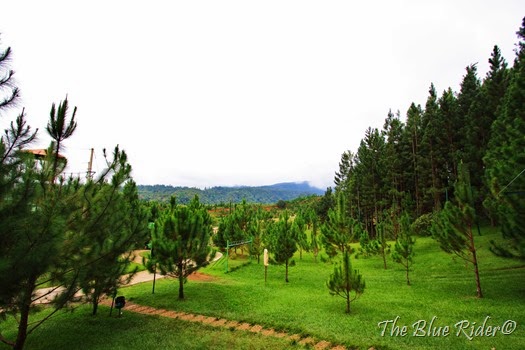 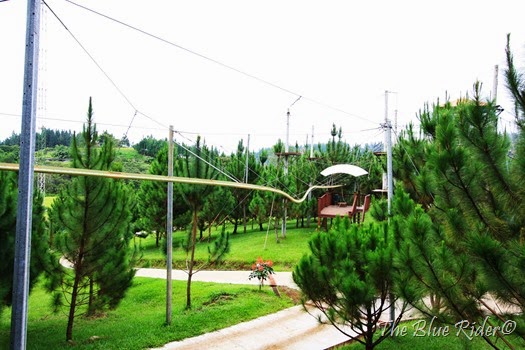 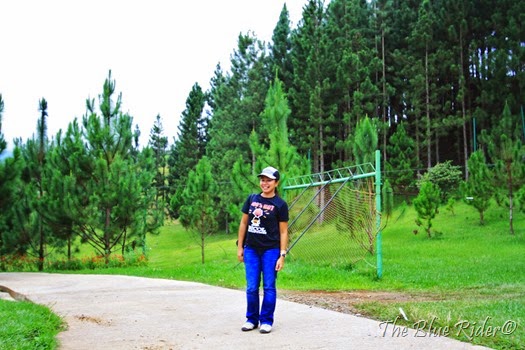 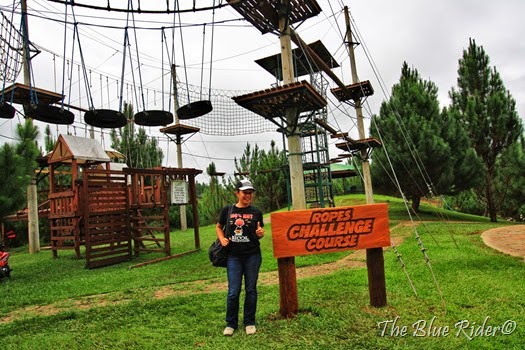 It was past 4 in the afternoon when i finally decided to leave the park, took another habal habal ride to Manolo Fortich. The ride is longer here but this is best route if I'm plying to Malaybalay. Passed by another pineapple plantation, root crops, corns etc. on our way back, the driver and I had a good conversation about life, about marriage and raising kids. He also told me that I should settle down or at least have a kid when i reached 35yo at most. Okay kuya noted po! He also mentioned about Kampo Juan another adventure park know for the air biking. Another reason for me to go back :) 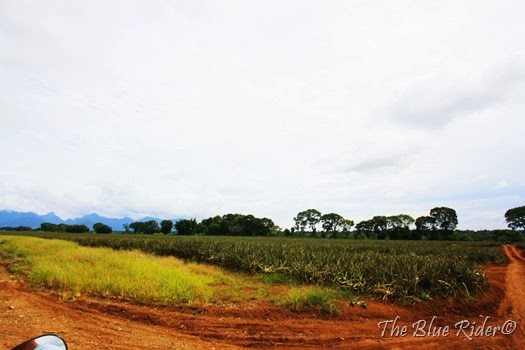 Past 5 in the afternoon, i am riding a bus bound for Valencia but will drop by Malaybalay. I don't know what will happen to me as soon as I get there. No accommodations reserved or what not. It's cold and a bit raining, i took a motorela to Plaza View Tourist Inn. While riding the motorela I'm praying that at least ill get a room so i can rest..hehehe and voila! God has always been sooo good to me. There is an available single fan room. I got the last one and freshen up. I am exhausted, drained, hungry and sleepy.  I had dinner at the nearest fast food Chowking. 10 pm sleeping time. No wonder why its called Plaza View Tourist Inn, I got lucky as I wont get lost; church, public plaza and banks are near my place.
A QUICK TOUR IN MALAYBALAY, BUKIDNON
I slept confused what to do the next morning, I'm thinking of taking an early route to Kabacan or i can stay a lil longer and visit the monastery. Tired of thinking and making plans, i dozed off. Woke up past 4 in the morning, took a batch and prepared to for another city tour. I decided to leave a little late so i can go to the monastery of the transfiguration. 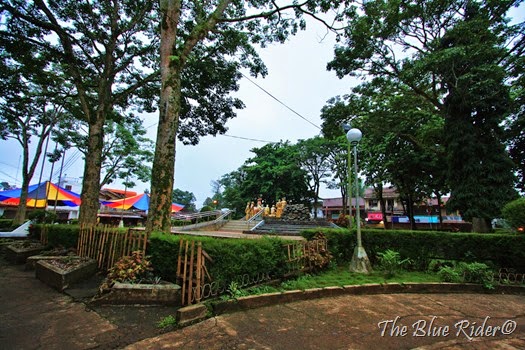 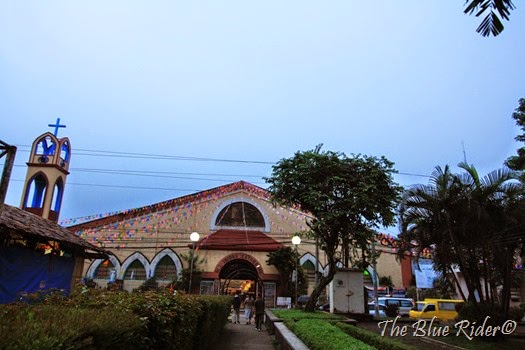 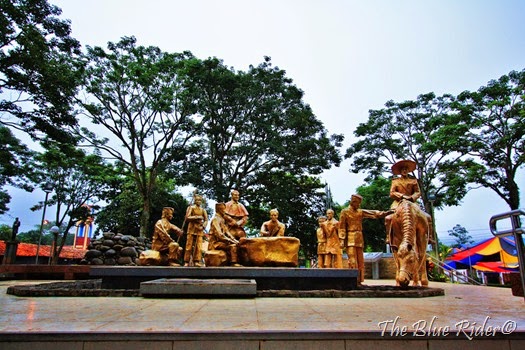 I walk towards the public plaza, checked the church and found another landmark here: Errecion de Pueblo.  This newly inaugurated monument depicts the negotiation and agreement between the Spanish colonizers and the native leaders, which took place in Malaybalay on June 15, 1877 in what may be the site traditionally described as the banks of the nearby Sakub spring. The source of this depiction is the Spanish document which is a record of the meeting on that date.
Aside from the church and the statues, although claims of the age of these trees are not substantiated, the trees are interesting for their steady presence in the city and for their fast dwindling numbers as many of them fall to the unexplained cuttings. The city was once full of them in the national road. One of the remaining is on the road across the plaza and another, in the Bethel Baptist Hospital
While walking, i met a old man probably late 50s and i greeted him with a smile and he smiled back. What a relief. I took a multi cab going to the drop off of the monastery. After 15 minutes i found myself walking towards the monastery. I can see the peak of the triangle from afar but i didn't know that it's really far. I got lucky that after several minutes a habal habal passed. The road is wet and rocky and bumpy and finally I arrived at The Monastery  of the Benedictine nuns congregation. 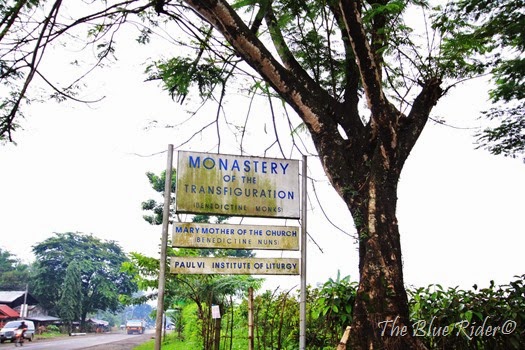 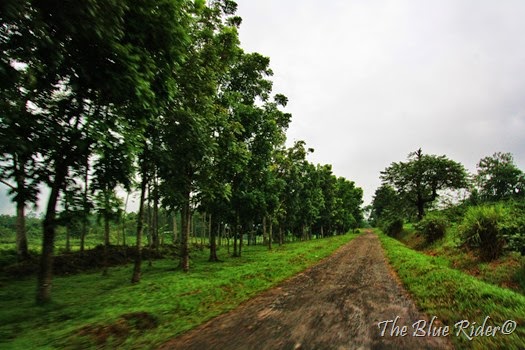 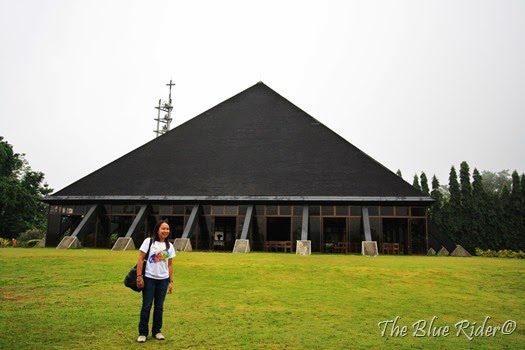 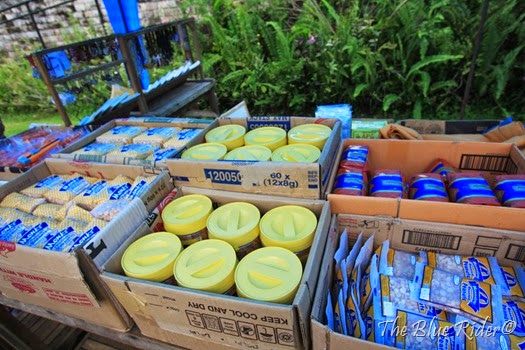 The driver agreed to wait for me for 30 minutes while i explore the place. I told him that i wanted to buy the monk blended coffee, he said that it may not open for public until 8 in the morning. Shoulders down, but i think i am still lucky, as we are drawing back to the main road, the van of the goods that will be displayed near the chapel passed by, so we took a turn back and yes! I was able to buy the coffee i wanted. Unluckily its not ground, its still coffee beans ..it's fine i can get this grinded. What's important is that i have the coffee.
Visited Province Rank: #35
Date Visited: July 5-6, 2014