After we had our lunch, it’s time to stretch those legs.  A trip to Tawi Tawi will never be complete without the experience of climbing the highest peak of the province and the most revered mountain. Standing at a height of 314 MASL, you will not miss seeing this even from the airport. 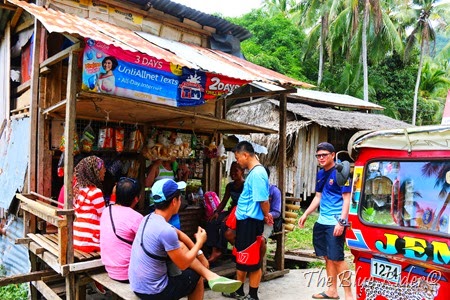 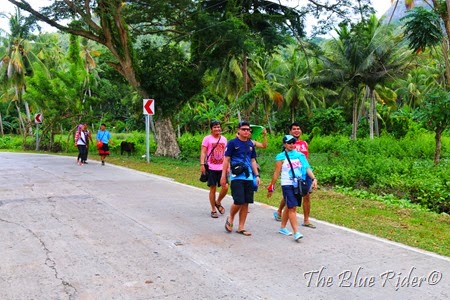 Bud Bongao (Tausug word for mountain) is a sacred mountain for the people of Tawi Tawi.  Here, they climb to meditate, offer prayers and worship or to ask blessings from Allah.

After that heavy meal, we went straight to the jump off point to start our hike. We’re advised that wild monkeys live in the mountain and we need to bring something for them so we can pass by smoothly (in short, we need to give them food). A friend told us that the trail is easy and visible but he never allowed us to trek all by ourselves, so we hired someone (a local teenager) to be our guide. It is highly suggested to have a guide especially if it’s your first time to climb this mountain.

Striking a Pose before the Hike 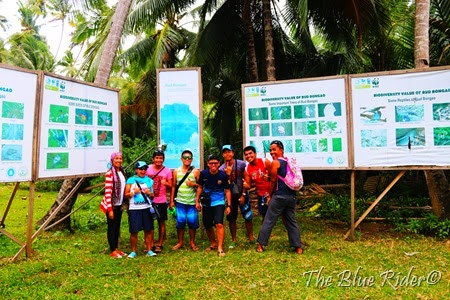 Ate Ken giving us orientation about the trail :) The climb is relatively easy with some constant ascend, but because we don’t have any warm ups, it’s a bit difficult for us (hehehe-kain pa more!) The mountain has a forested but very established trail with some concrete stairs. According to our guide, the climb will usually take 1 to 2 hours to reach the peak depending on your pace. Roughly 30 minutes of the trek, the long tailed monkeys roaming freely welcomed us. And YES, they were very happy to grab the foods we have for them. At first, I got scared when they started to hop between trees, but as the trek continues, I got used to hearing and seeing them and eventually feeding them. Yey! 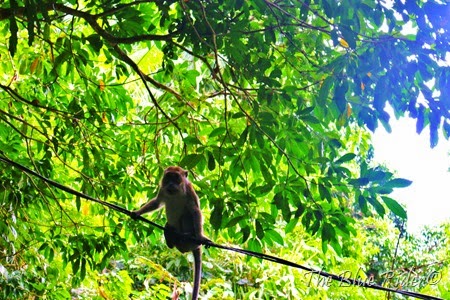 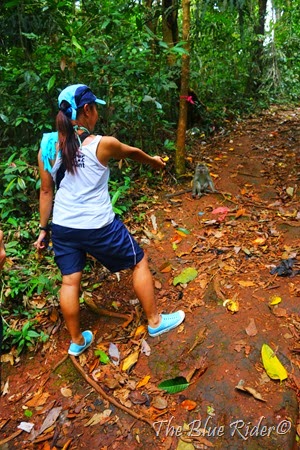 Along the way, I can’t help but notice the plastic strips tied on the trees.  According to one of our guide, these are not garbage, some locals (Muslims and Christians) left them purposely with the belief that doing so will make their prayers and wishes come true. I want to tie one too but I realized, it’s still plastic. I will just pray instead :) 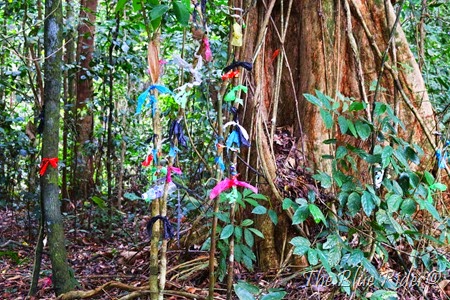 Aside from being a place of prayer and meditation, I also noticed several tombs during the trek. It’s the tombs of the Muslim Imams, covered with white cloth.  I didn’t take a closer picture though as a sign of respect, but as you can see in the background, there’s a tomb near this small shaded area where we rested. 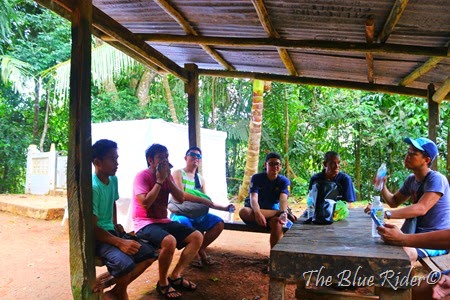 After almost 2 hours of tiring, sweaty and exhausting climb we reached Bud Bongao’s peak.  Everything got washed away upon reaching it’s summit, the view is breathtaking.  The feeling is truly awesome! Deep inside, my heart’s shouting “Oh yeah, this is Tawi Tawi’s pride!” From here, you will see a panoramic view of the open sea , the neighboring islands, even the airport’s runway. 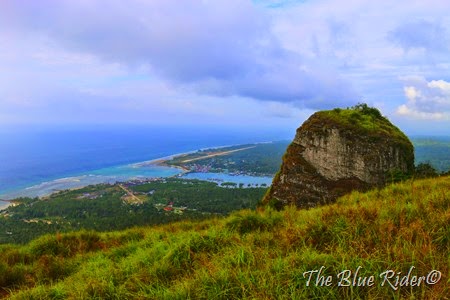 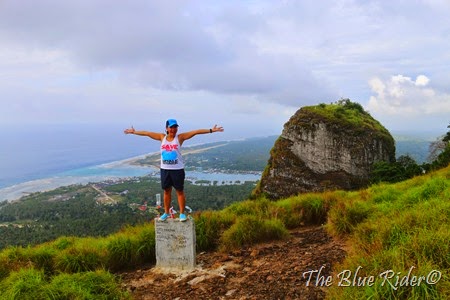 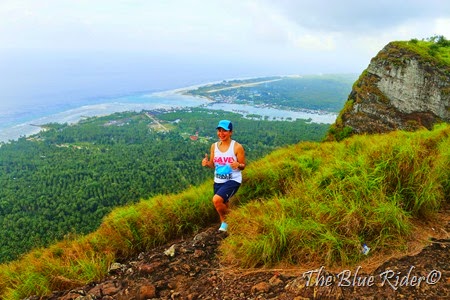 It’s almost sunset when we arrived. We stayed for an hour admiring the beautiful landscape. We enjoyed taking photos of course in this stunning view.  The strong wind blowing was a great company up there. 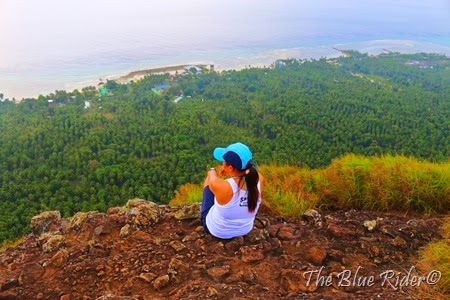 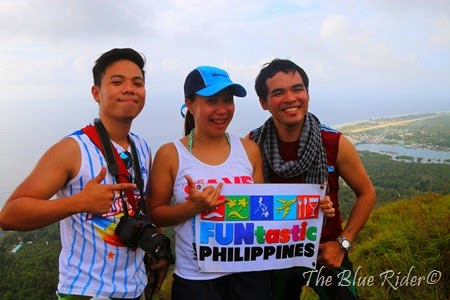 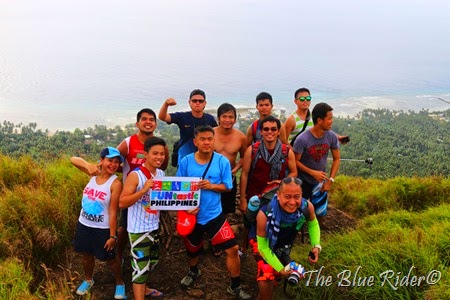 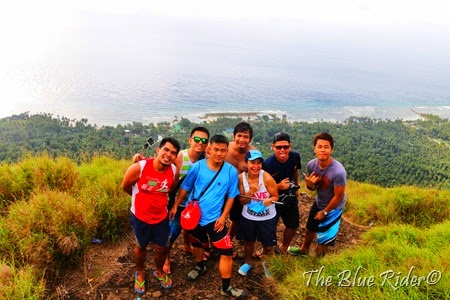 Climbing this mountain can be exhausting but the descent is more challenging for me. I am not wearing an appropriate trek shoes, my feet hurts when we finally reached the jump off.  Other than that, it was a pleasant and very smooth climb :)

Things to keep in mind before climbing Bud Bongao:

Locals would say you haven’t been to Tawi Tawi if you haven’t climbed Bud Bongao and after paying respect to this sacred mountain, I couldn’t agree more. Aside from  the stunning views on top, the chance to see the traditions and beliefs of our Muslim brothers and the first hand experience of climbing the only mountain in the Philippines where a foreign land (Malaysian Borneo) can be seen makes it truly a memorable hike.