Seven hundred kilometers away from Manila, Zamboanga city sits on the southernmost part of the Zamboanga peninsula. Because of its distance one would always comment that it’s like going to a different country already. In fact Zamboanga city is closer to Malaysia and Indonesia than it is to Manila. The distance however should not discourage would-be travelers to Zamboanga city.

When you search for this particular city all you can find in the feeds are news about bombings, earthquakes and lots of negative stuff but my heart and head tells me there's still more good to see and experience in this place.

Packed with  my adventure spirit and backpack, my friends and I flew to Zambonga City. Named as Asia’s Latin city, one can definitely find traces of our colonial history in this city. From its airport, cuisine, edifices, customs, to its language, the extranjero (strangers) would definitely feel as if he has traveled to the past.

The gateway to Asia’s Latin city is the Zamboanga international airport. This structure, although built for its obvious purpose has become a favorite among architecture enthusiasts. The unique design that the airport employs gives you a window to this city’s Islamic heritage. 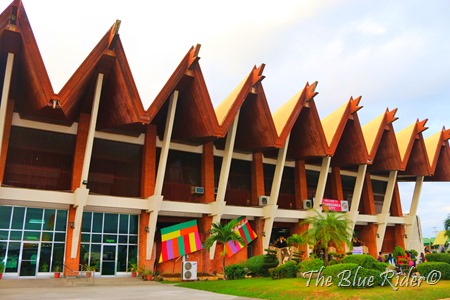 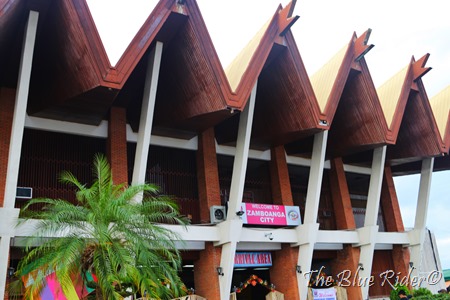 We arrived early in the morning and whoa! I thought the structure of the airport is a hotel until we landed. Bienvenidos Zamboanga (Welcome to Zamboanga). Excited what’s in store for us in this trip, my friends and I took a jeepney ride going to the city center. We’re staying in Atillano’s Compound, every backpacker should know about this place. Thanks to a well-travelled-almost-local-everywhere-friend who helped us get around smoothly. He knows where to eat and where to go to enjoy our stay.

After we checked in, we took another ride to the port which is technically near the City Hall and other spots in the City. It’s breakfast time, but we’re not able to dine in Tsokolate. The owner is Chinese and today is Chinese New Year! So we ended up eating to a local eatery across.

The city itself is adorned by architectural wonders. The city center is reachable by a tricycle or a jeepney (NO TAXIS). A tricycle ride would cost anywhere from 30 pesos to 50 pesos depending where you came from. A good thing to remember is that all jeepneys in Zamboanga city go to the city center and fare costs anywhere from 7 pesos to 10 pesos. The Zamboanga city hall is the heart of the city center. Zamboanga’s city hall is unlike any ordinary city hall. It is an edifice constructed by the Americans during the early 1900s. The building’s turn of the century architecture is one that is generally favored by the American colonial governments for its tropical colonies. The stretch of pavement from the city hall going to the Fort Pilar shrine is dotted with old houses and government offices resembling Calle Crisologo in Vigan. Founded in 1635, the Fort Pilar shrine was a Spanish garrison.  From this, most of the spots can be reached by foot. 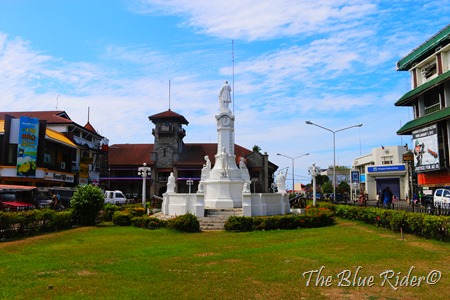 We are supposedly heading to Sta Cruz Island and see the famous white beach after we ate, we didn't realize though that they have changed the schedule. Tourists can go to the said Island in the morning and should be back to the mainland around lunch time. In short we missed visiting that place. We content ourselves roaming around the city and spend the remaining hours visiting the nearby spots.

Shrine of our Lady of Pilar 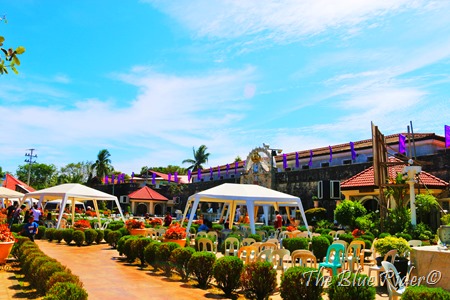 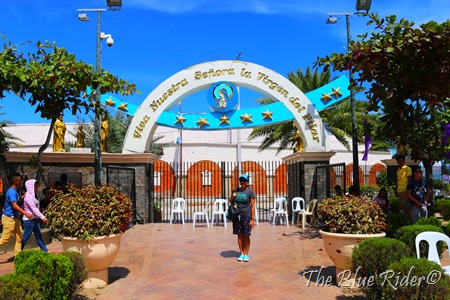 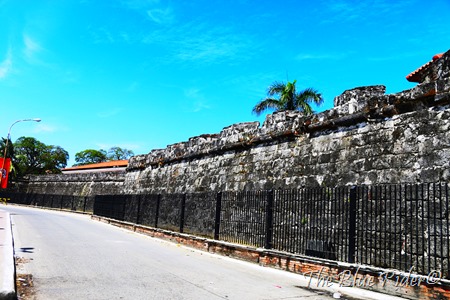 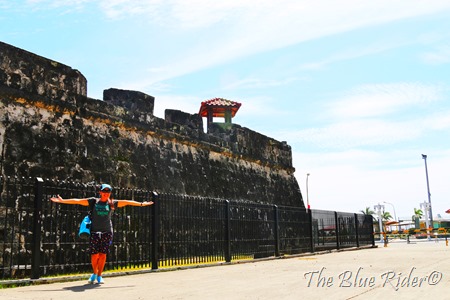 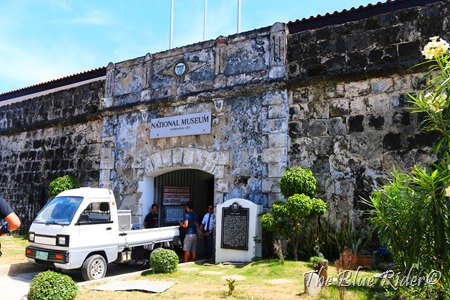 Just a stone throw away from the shrine is the newly opened Paseo del Mar. The Paseo Del Mar resembles the bay walk along Manila bay offering locals a respite from the demands of everyday life.  Yeah, it’s scorching hot when we arrived. 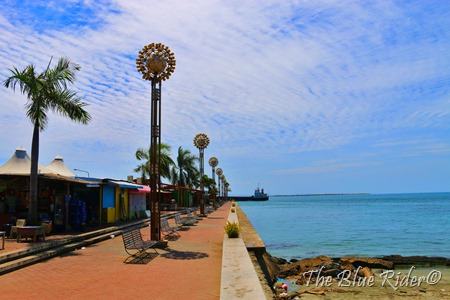 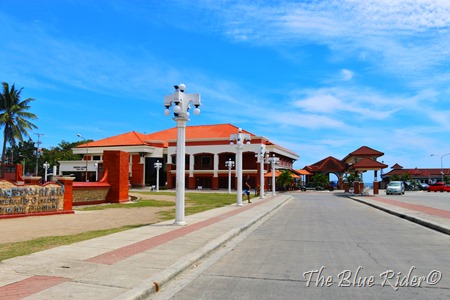 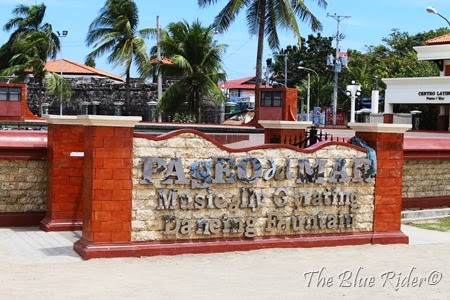 Few meters away from Paseo del Mar, we found the famous and colorful Vintas of Zamboanga.  Visiting the city will NEVER be complete without this! 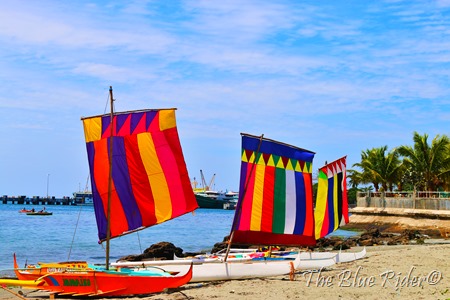 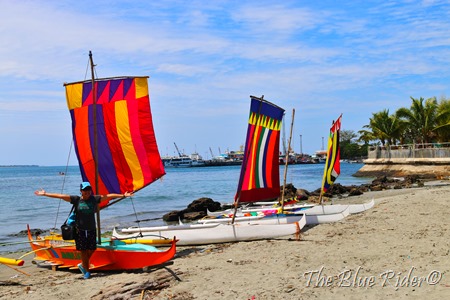 Zamboanga City is not just about sight seeing but also gastronomic friendly especially for someone with a sweet tooth like me. We had lunch at Tsokolate and a one of a kind Halo Halo at Kape Zambo in Paseo del Mar. 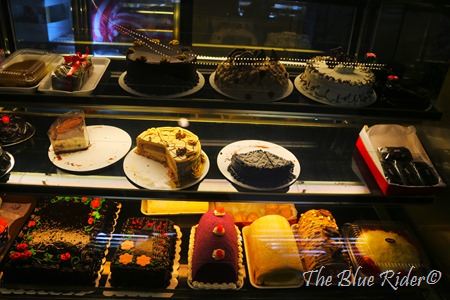 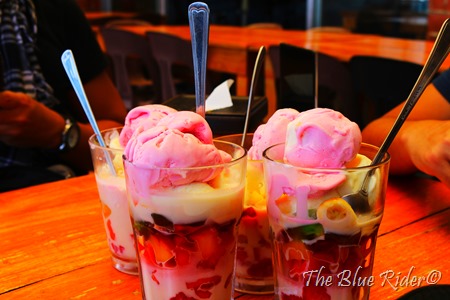 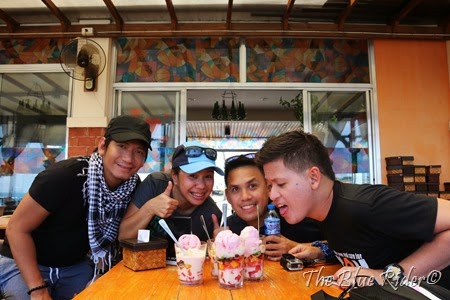 There is a place in Zamboanga called ‘barter’ because there used to be a lot of barter activity in this area. The system was started by the great Ferdinand Marcos in a bid to appease the Moro rebels. Tax free products were exchanged between Malaysia and the Philippines. In the past, one can find Malaysian made products such as tea, coffee, candies, and malongs at rock bottom prices at the barter. Over time though (as Marcos was ousted), the barter system was ended.

Today this place has been a frequent stop among tourists where you can still buy Malaysian products including locally crafted ones. Don’t forget that this place is like a tiangge, so remember to haggle, haggle, and haggle!

This note at the gates of every places I’ve been to hit me big time.  PLEASE DON’T LEAVE ZAMBOANGA.

We all want to live peacefully and needless to say, the Zamboangueños also wishes the same thing. 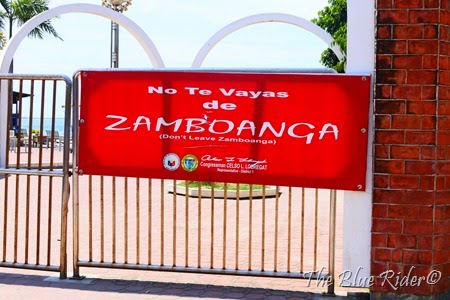