A Travel to the Southernmost Province of the Philippines – Tawi Tawi

Lies in the southernmost part of the Philippines is a cluster of 107 islands and islets scattered around Sulu and Celebes sea even closer to Malaysia is the Province of Tawi Tawi. Not a typical destination to many because of posing dangers that makes its tourism a little blurry, but to me, it's my ultimate travel place-a dream destination.  To the brave souls, it's a promising sight and a rewarding treat.

The thought of setting foot on the last province and southernmost tip of the Philippines is such an achievement.  In addition, I know only a handful of travelers have ventured to this part of the country. That’s probably another reason why I wanted to go here . Thanks to seat sales, combo of Zamboanga and Tawi Tawi, I finally got to tick it off my bucket list.

I am not an expert in national defense situations and very seldom I get updates, but as a private citizen, I can positively say it’s safe in Tawi Tawi. As safe as any place could be, I would imagine. The perception that Muslim areas in the Philippines are dangerous still prevails, even among Mindanaoans. Allow me, then, to show you what I experienced in Tawi-Tawi.

It was early morning of Friday when we left Zamboanga City via Cebu Pacific, the only airline flying to Tawi Tawi as of this writing. Packed with a brave heart and a curious mind, my travel mates and I took less than an hour flight to our ultimate destination.  Filled with excitement, most of us wanted to take the window seats…of course, so we can have an aerial view.  On the plane before touchdown, the alluring coastlines and sparkling sapphire and emerald waters were a sight to behold! 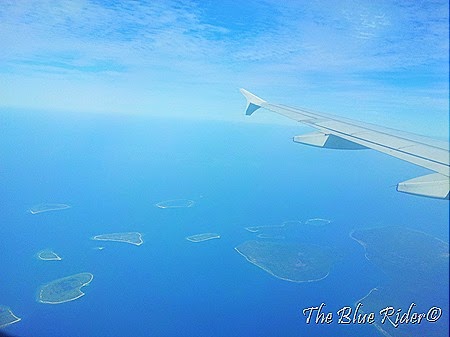 It was almost 8 in the morning when we finally heard, “We have just landed at Sanga Sanga Airport” Oh yeah baby, this is Tawi Tawi! The moment we arrived at the airport, I could see how relaxed people were. Police personnel and Tourism staff warmly welcomed us.  And during our entire stay, I didn’t sense anything untoward or unusual. All I could feel the whole time was a sense of newness, but at the same time a feeling of familiarity – this is still Philippines after all. 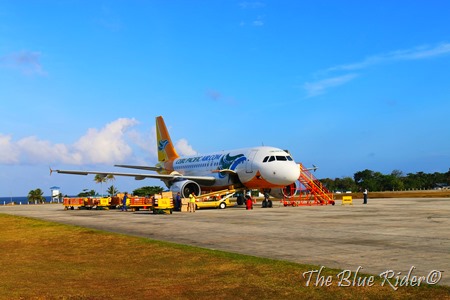 Since we do not have a fixed itinerary there were commotions while we’re inside the tourism office. We’re asking specific instructions on how to get to particular places but given several answers. Good thing we found ‘'a local friend” who helped us all throughout the trip. We even met one Taiwanese diver, and in turn, was not able to dive because he joined in almost if not all activities we have for this entire trip. 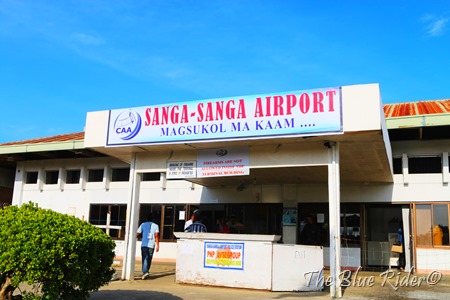 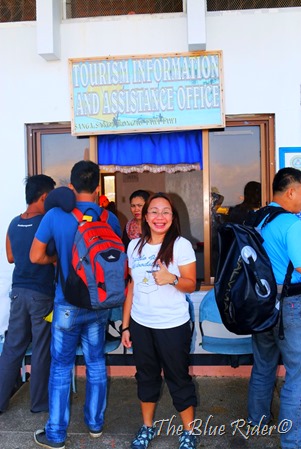 We met a new friend instantly! We were invited to have coffee in their house before we start our sojourn in this amazing place. 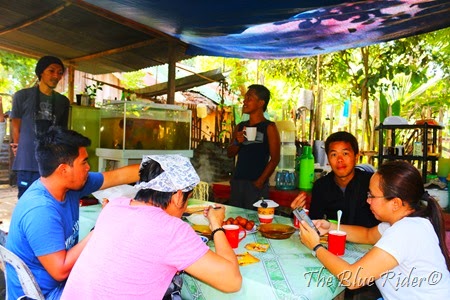 We were still undecided where to stay in Tawi Tawi. I reserved two rooms in Rachel’s place but according to the tourism officer, the town sleeps very early and it’s best for us to stay somewhere near the beach. 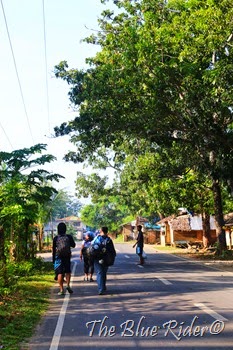 Still not sure what’s going to be the activity for the day, we headed to the Beachside Inn. It was about a fifteen-minute ride on cemented roads. (Most roads on Bongao and Sanga-Sanga Islands are cemented.) The main mode of personal transport there is the motorcycle, and tricycles are the best way to get around if you don’t have one. Although, sedans and SUVs are also present.

Along the way, I can’t help but be amazed with the sceneries. Stilt houses almost everywhere, for real, I am in Tawi Tawi. 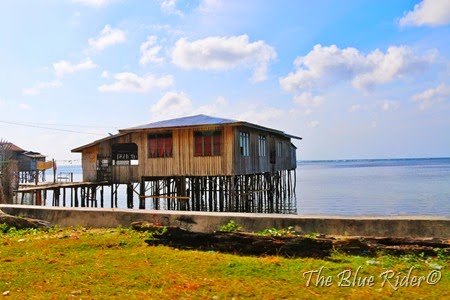 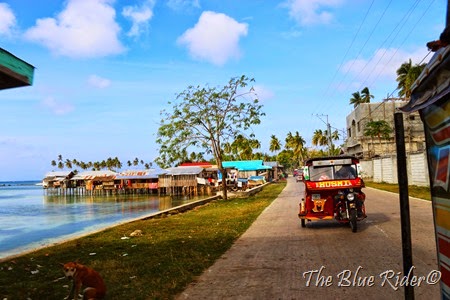 Sir Rosendo Reyes, Allen’s (the Taiwanese guy) contact in Tawi Tawi met us at the inn and suggested that we do our island hopping the next day for us to make the most out of it, and we agreed. Since we really have nothing much to do for the day, we entertained the idea of getting an intro dive course. We were so excited that we will experience the underwater world in Tawi Tawi.

The Beachside Inn is untrue to its name  because I thought it’s a resort near the beach but in reality the beach is actually in front of the property. It’s in a sprawling compound, with about 22 or so rooms. The rooms, while really basic, are air-conditioned and also outfitted with electric fans to keep it cool when they used a generator during the scheduled power outages. 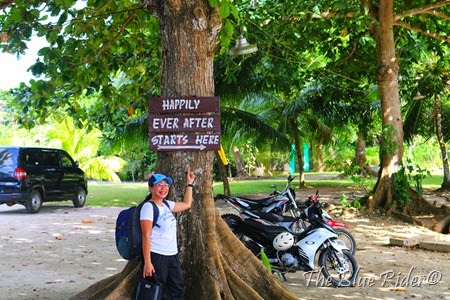 We settled our things and off we go to Mt. View resort. From there we will be given orientation before the actual diving! Wohooo!  I enjoyed the sea breeze and the calm environment while my buddies went for swimming. I don’t know why I am not in the mood to swim that day..hehehe! I learned a lot about the place while sitting and relaxing.  The name of Tawi-Tawi is a projection of the Malay word "jaui" meaning "far." Prehistoric travelers from the Asian mainland would repeat the word as "jaui-jaui" to mean "far away" because of the distance of the islands from the continent of Asia. The word "Tawi-Tawi" was picked up to later become the official name of the province. Presently, funny and maybe half true ,Tawi Tawi is a “Tawiran” (when people gets transported from one place to another by the terrorists).

While waiting for our lunch, I managed to take pictures of the rugged and rustic beachside making Mt Bongao a great background. Well yeah, we will be climbing that mountain anytime soon :) 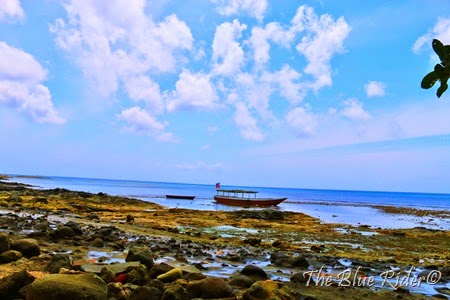 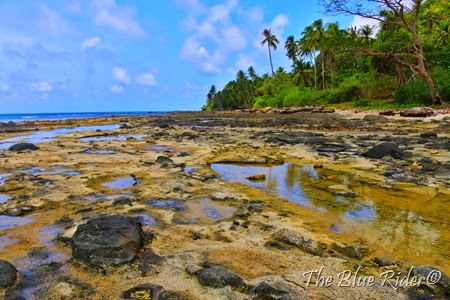 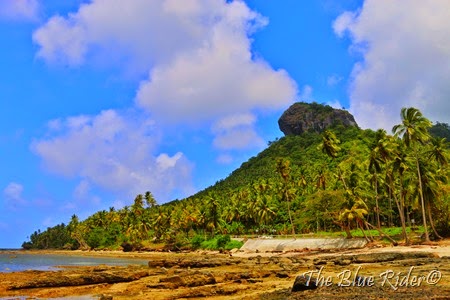 We had a sumptuous meal prepared by the resort staff though the bill was unexpectedly high (hehehe! charge to experience) Fresh buko juice to quench our thirst, grilled fish, squid and veggies were served during lunch. 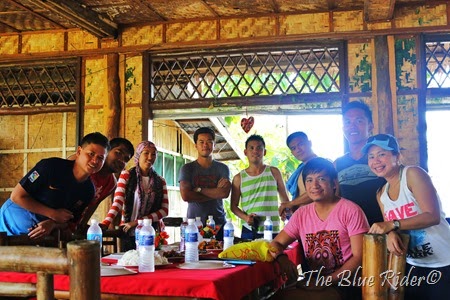 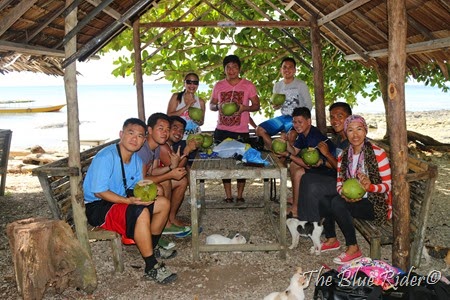 Now, we are ready for another adventure Bud Bongao:  The highest mountain in the entire province of Tawi Tawi. One of the main reason why we went here is to climb the most revered mountain.  I think it’s a must to hike this iconic peak for you to say that you have completed your visit to the southernmost province in the Philippines. 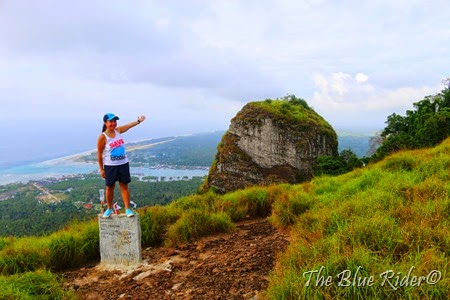