North Batan Tour covers most of the sites in the capital down, Basco.  Many who have been to Batanes considered it as the least overwhelming and shortest perhaps, can be done in just half a day. Here’s a sneak peek on what to expect in the North Batan Tour.

This Welcome arch is overlooking the Basco Port where you can also see the Naidi lighthouse from afar… Amazing! 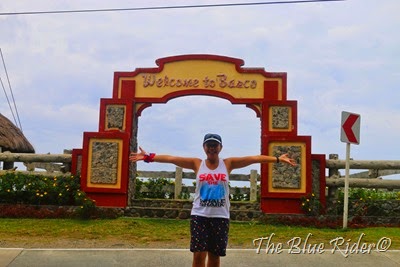 The famous road sign and most critical of them all 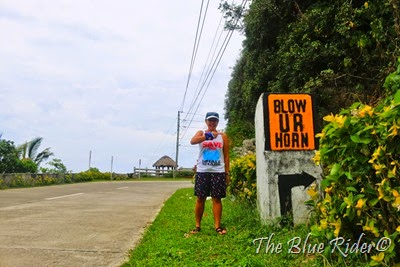 Located just few meters from the airport is our first stop for the North Batan Tour.  From afar I can see the big waves, I can only think of one thing… SURFING! But I guess I won’t dare surfing in this spot. If I hit the seabed, for sure my bone will crash to bits. By juts watching the waves though, it gives me contentment.

Chanpan/Valugan Boulder Beach - The rock bay is popularly known for its long stretch of boulders due to Mt. Iraya’s eruption in 400 AD. The rock formation, smoothed over time by the strong Pacific waves presents a panoramic link between the sea horizon and Mt. Iraya.  We spend quite sometime feeling the strong winds and the crashing of waves. According to Kuya Dale waves here can go up to 10-15 meters during typhoons (scary!) This spot reminded me of the Mabua Pebble Beach in Surigao City, just bigger stones though. 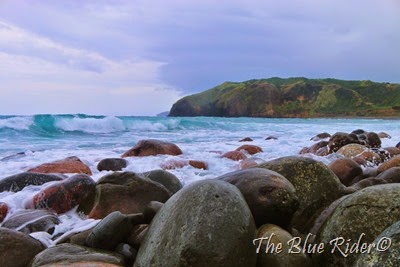 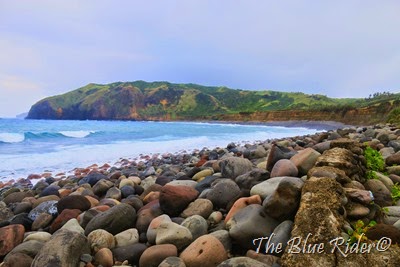 Dipnaysuhan Japanese Tunnel – Located in the hills of Tukon, this five-door tunnel, complete with a series of chambers, a bunker that serves as a lookout spot, and a water reservoir, was constructed during the Japanese occupation as a defensive position. 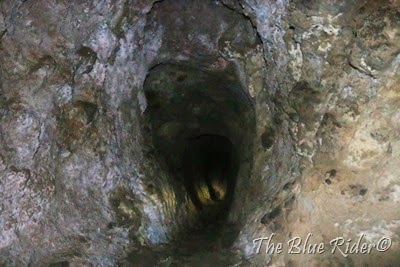 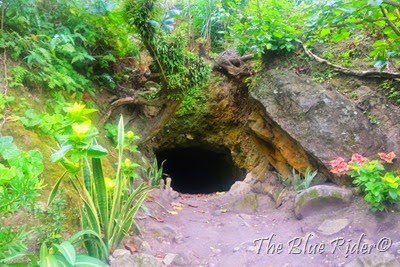 Idjang, Basco – Believed to have served as a refuge and settlement area for the Ivatan ancestors against intruders. Its historical place defines the type of governance each Ivatan tribe had. It also spells the peace and order situation of the tribe likewise, the unity that governs them. 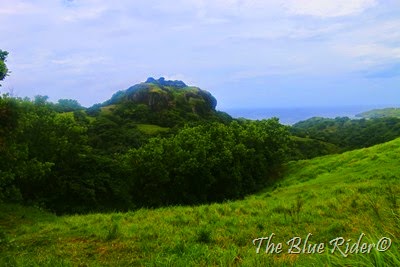 Basco PAGASA Complex - This houses the northernmost Doppler radar station of the country, which is used to track the typhoons that enter the Philippines. Since this spot sits on top of a hill, it offers stunning views of rolling hills weaved with crisscrossing hedgerows called liveng, rocky limestone cliffs and Mt. Iraya, the highest mountain on the island. 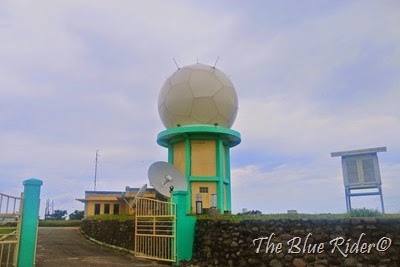 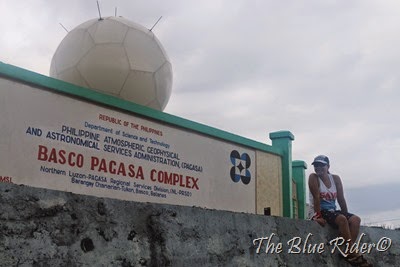 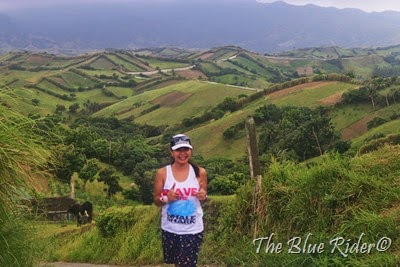 Fundacion Pacita, I just took pictures from afar. The boutique hotel is nestled on top of the hill and may offer a panoramic view but stop over there would mean additional expense. It has the best — and priciest — accommodations Batanes can offer. 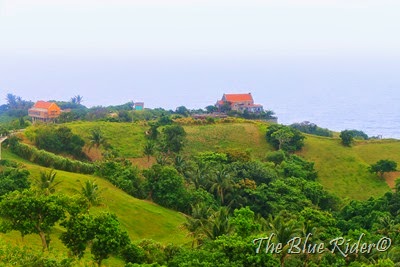 Tukon Church also known as Mt Carmel Chapel - This beautiful church was built by the prominent Abad family of Batanes with the help of the community living nearby. The design was inspired by old Ivatan stone houses. Its notable features include images of saints, which were painted by the scholars of Pacita Abad Center for the Arts, and stained glass windows. 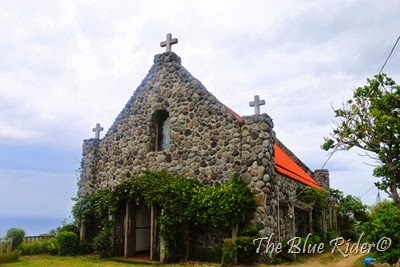 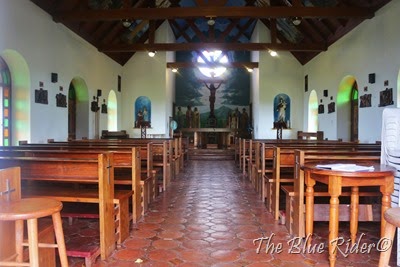 One of the most beautiful church ceiling I’ve ever seen 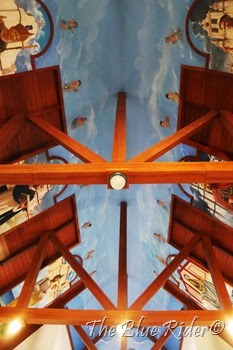 Casa Real – The site where the Provincial Capitol now stands. The original structure was built between the 16th and 18th century. Across the capitol is the town park and the famous SDC canteen. 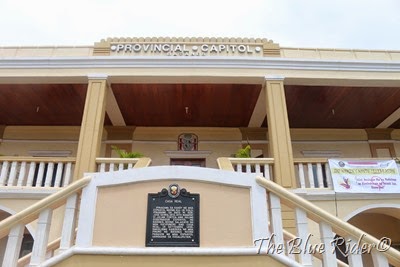 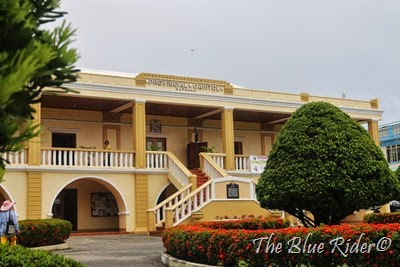 Basco Cathedral, also known as Sto Domingo Church - This is the first parish church built in the province early 18th century, made up of cogon grass roofing. It was also the first to have galvanized iron roofing in the 1890s. 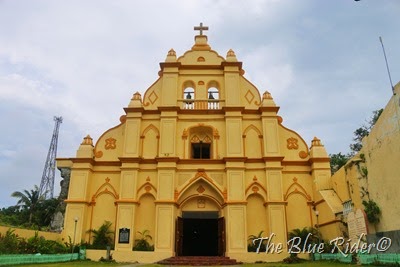 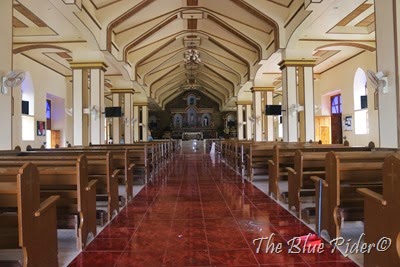 Naidi Lighthouse and Rolling Hills – An old sitio derived from the Ivatan words “Na” which means past an “Idi” which means settlement or community but was covered by volcanic ash which yielded upon excavation remnants of rehabilitation 2500-1500 years ago. Located here are the American-era wireless telegraph facilities which were bombed by Japan during WWII. The telegraph connected Batanes with the central government until it collapsed . Its verdant rolling hills embraces the western part of Basco which definitely enhances the beauty of the capital municipality. The area One can also get a breathtaking view of the town atop the hilltop 66-feet lighthouse. 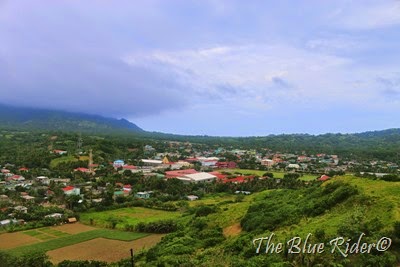 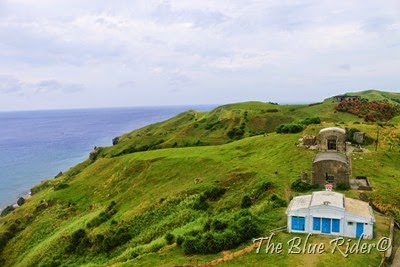 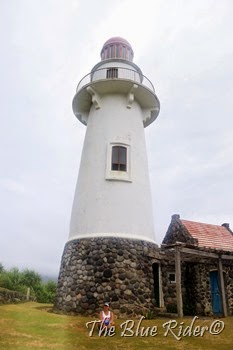 Vayang Rolling Hills – These are seemingly endless waves of rolling hills which boasts of the perfect combination of landscapes and seascapes which can be enjoyed from afar but is best experienced when explored on foot. Once on top of the hill, it offers a spectacular view of the South Philippine Sea and the western part of Basco. It is the only place in Batanes that offers the best vantage point for an unhampered view of the province’s three major islands. 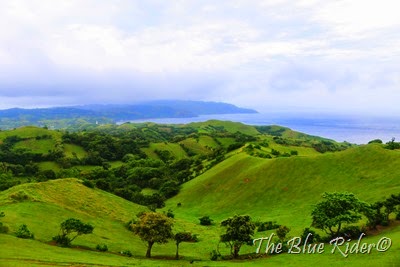 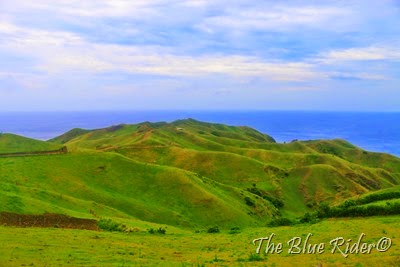 My tour is finally coming to an end, and the highlight of North Batan for me is this one. The endless rolling hills combined with stunning seascapes is really jaw dropping. What took me so long to get in here? Well, I guess, this ones worth waiting for. 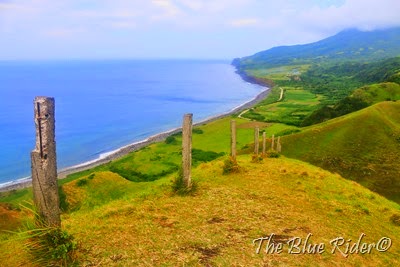 I stayed here for more than an hour, just enjoying the cool winds. As I felt the rushing of the strong winds in my face, I can’t believe that I am finally here, right here, sitting in this spot. Such a stunning creation, will make you appreciate life and the maker :) 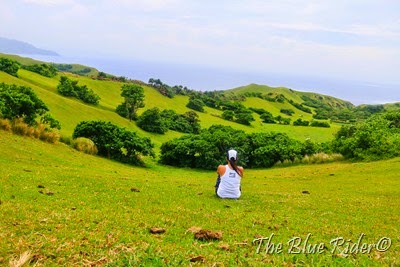 Chadpidan Beach and Nakamaya Burial Grounds are NOT usually part of North Batan Tour. If you want to visit these sites, please inform the tour guide/coordinator. Additional charges may apply.

My first day in Batanes has been splendid. This is just the kick-off of more amazing landscapes and seascapes in the next coming days.  My day ended early, I need to get some good sleep to prepare myself for my next day adventure…the challenging Itbayat Island.