A tour of South Batan marked my 4th day in this breath-taking province. Right after we jumped out of Faluwa from Sabtang, we officially started our South Batan trail. We started very early, actually. That is to avoid influx of tourists for each spots. Tour operation usually starts at 8 in the morning.  The South Batan Tour covers three towns in Batan Island:  Ivana, Uyungan and Mahatao.

Just across the port of Ivana, you can find San Jose de Obrero Church. Built in 1784 by Fr. Jose Fausto de Cuevas, it is the only church in Batanes with a separate bell tower constructed 30 years later. The present facade was built by Fr. Fabian Martin in 1866-1869. Located by the coastal area, it is here where Katipunero revolutionaries commanded by Capt. Perea landed on September 18, 1898 to liberate the province from the Spaniards. 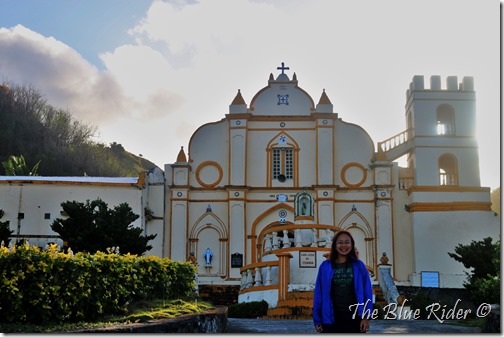 If you want to grab something for breakfast, just beside the port, you can find the Honesty Coffee Shop. It is an unmanned refreshment store that has become famous worldwide for showcasing Ivatan’s honesty.  There is no standby seller, the owner rely on the honesty of its customers when paying for goods taken from the store. All you can find are signage of prices within the store. 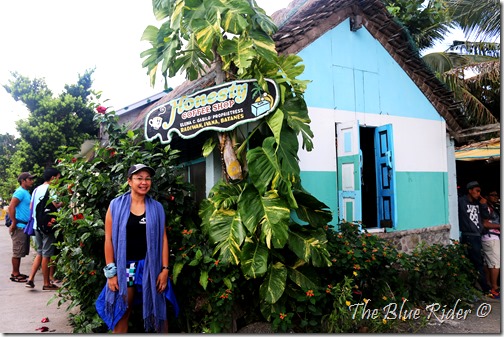 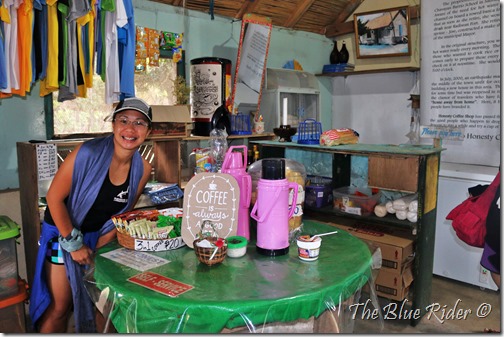 At the back of the store, you will find these stones where you can write messages to the Ivantans. 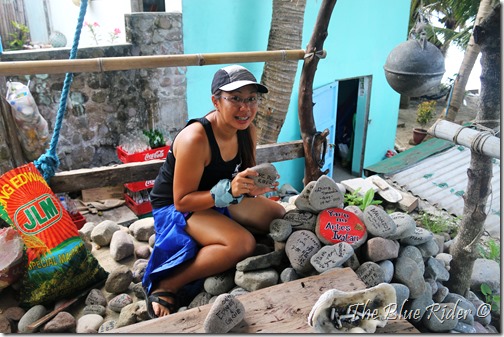 Probably the most photographed Ivatan house – House of Dakay, it was built of lime and stone in 1887 and owned by Luisa Estrella who bequeatherd it to her favorite nephew, Jose “Dakay” Estrella.  A survivor of the destructive earthquake of September 13, 1918 which destroyed much of the town, its shutters and floor have never been changed and has retained much of its authentic look through the decades. 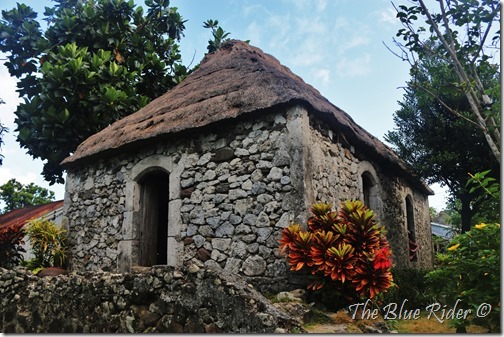 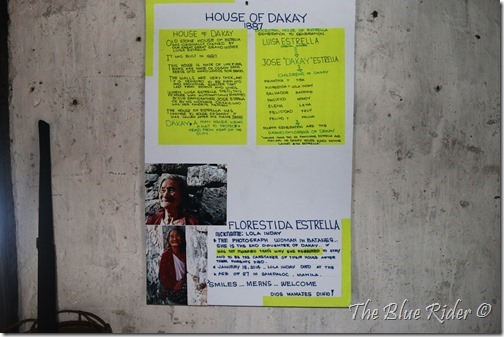 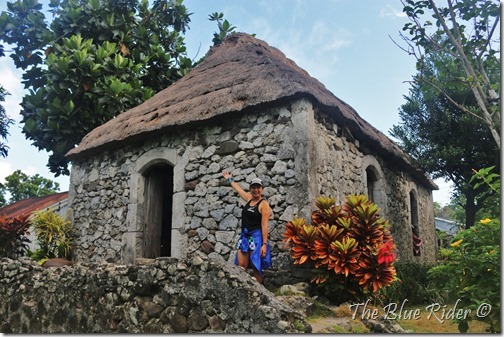 Next stop is the Spanish Bridge located just in the heart of the town of Ivana and was constructed during the Spanish period and still being used to date. 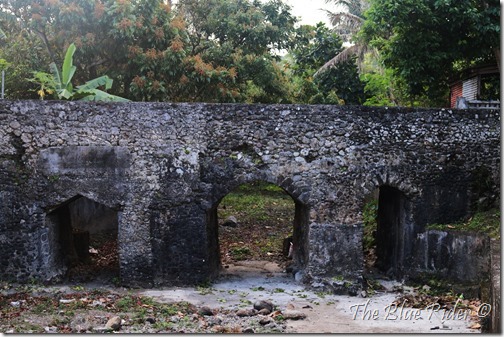 Next stop is the town of Uyungan. Extant of maytuab type of traditional houses still stand here. The town folks pioneered the drift net fishing for dibang (flying fish). This town is also the site of thriving palek industry. 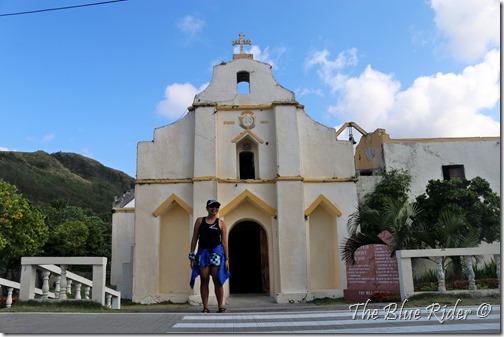 Song-song Ruins – remnants of an old settlement which were ravaged by tsunami in the 1950s. Residents were given homesteads in Mindanao under the Magsaysay resettlement program. Presently is a thriving coastal community again. 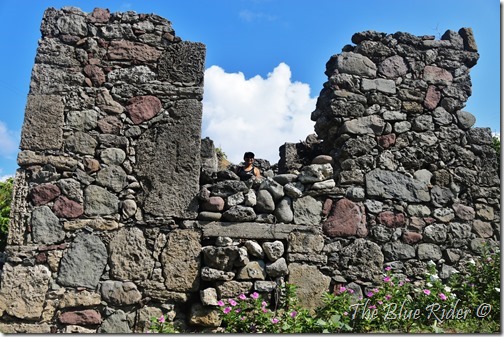 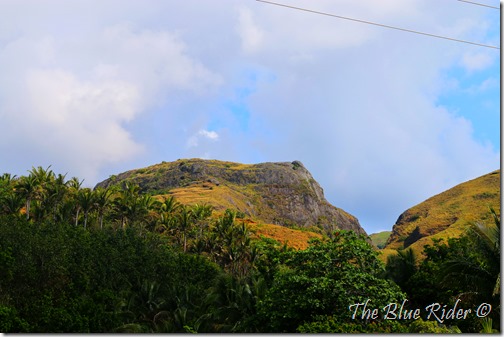 Itbud Village – this is where the best tasting local wine called Palek comes from and where extant maytuab and sinadumparan houses still stand. It had the largest population on Batan’s southernmost part in the 18th century due to stable water supply spring and a well-fortified Idjang. 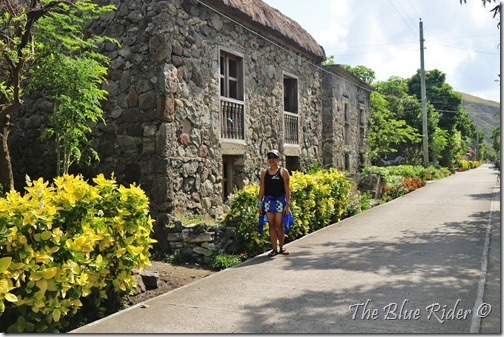 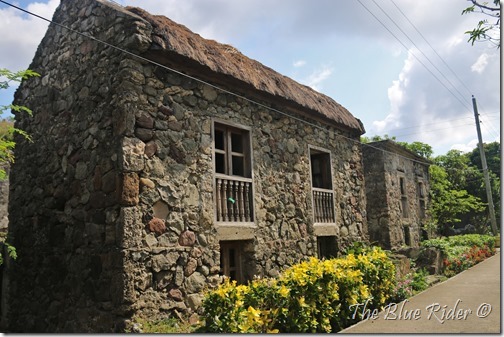 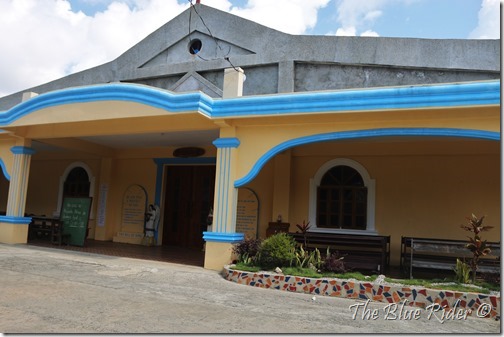 National Museum – The repository of the rich ethnology, history and cultural heritage of Batanes and its people. It use to be an old Long-Range Aid to Navigation (LORAN) site constructed by the Americans. 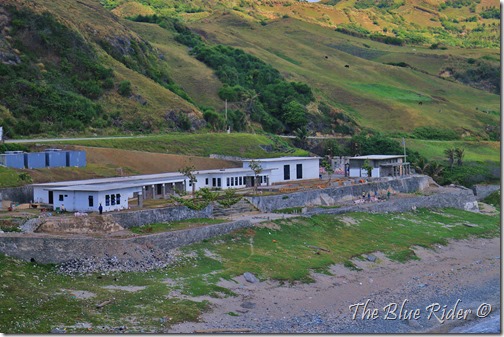 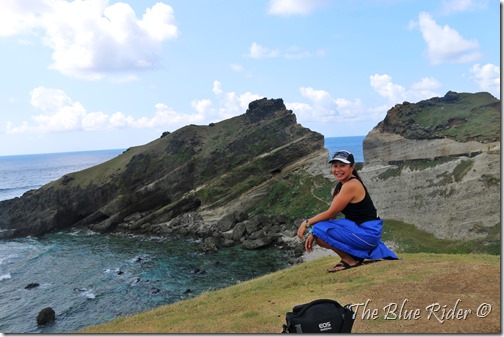 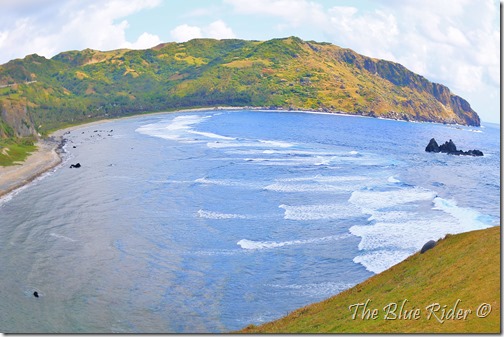 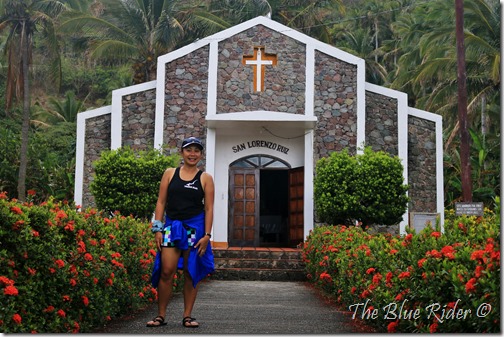 Now we are approaching Mahatao town. Located six kilometers south of Basco, Mahatao is rich in culture, evident in the unearthed archeological sites dating back 1200-300 BC. This town is our last stop prior to going back to Basco. The best is yet to come.

Tayid Lighthouse from Afar, standing proudly amid the rolling hills of Mahatao 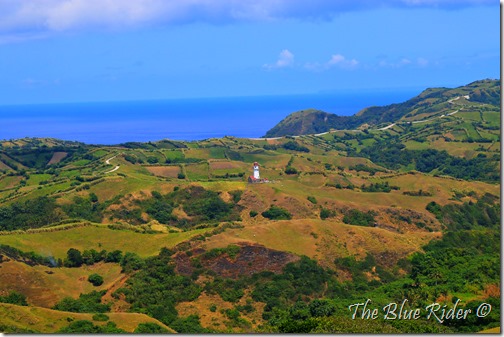 This place is my best spot in Batanes. We stayed here for no less than an hour. This, for me is Batanes, absolutely stunning.  Racuh a Payaman – christened by American tourists as Marlboro Country because of its contour, the endless rolling hills, wind-swept communal pastureland for cows, carabaos and horses are perfect sceneries for nature lovers and photographers. This is one of the places that where you can relax, and enjoy the most picture-perfect view  of the Tayid Lighthouse to the left and Mt Iraya to the right. 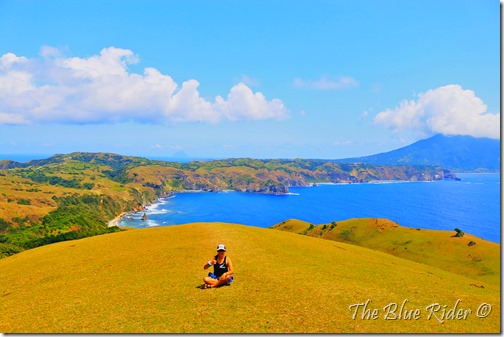 Tayid Lighthouse – erected in 2000, this colonial looking beacon offers a spectacular view of the Pacific Ocean, as well as other parts of Batan Island and its rugged mountains and cliffs facing the West Philippine Sea. 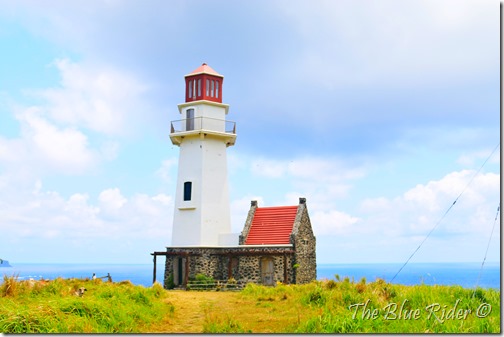 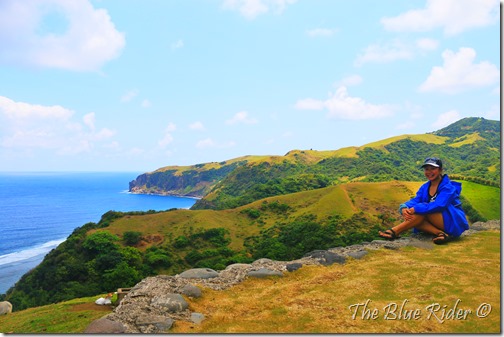 San Carlos Borromeo Church – Declared in 2001 by the National Museum and National Commission for Culture and the Arts as one of the 26 churches recognized as cultural icons because of their beauty and excellent state of preservation. It was built in 1873 by Fr. Cresencio Polo using limestone walling in baroque style and cogon roofing. 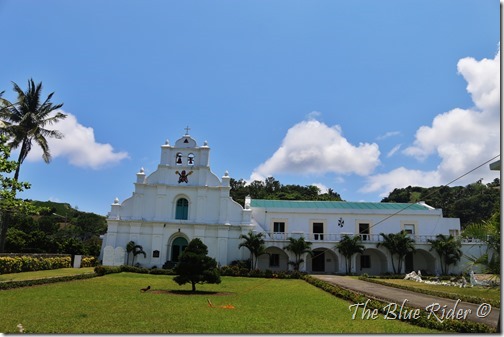 Within the church premise, you can find Batanes Blank Book Archive. I was really curious why it’s called Blank Book and when I get inside and saw the books placed on the shelf, they’re hardbound books with blank pages. The guests/tourists will be the one write and fill up the pages. That’s only when I realize the name behind it. 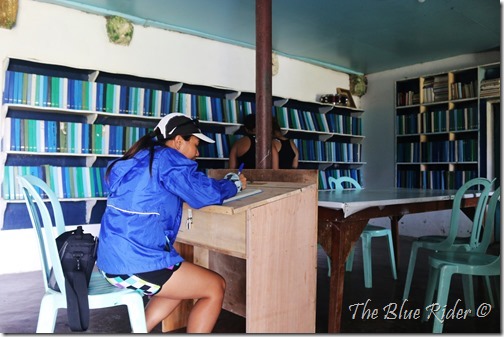 Spanish Lighthouse – situated just few kilometers from San Carlos Borromeo Church, it is composed of two vertical structures about 30 meters apart which were manually lighted with fire for local fisherman during the Spanish Colonial period. 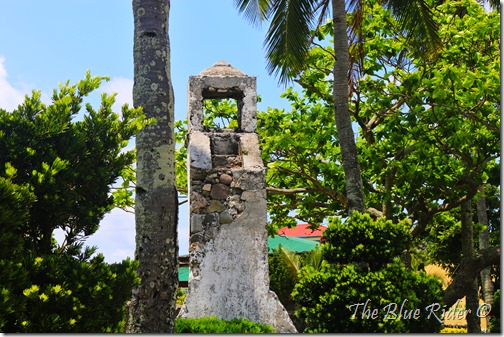 Mahatao Boat Shelter – inaugurated in 2007, this shelter is built to protect  fishing and passenger vessels from damage caused by typhoons and other unfavorable weather conditions.  It resembles the canals of Europe with its clear turquoise water and calm scenery 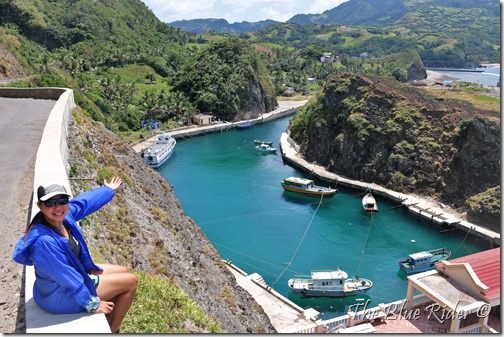 Chawa View Deck – a perfect spot to enjoy sunset supposedly as it faces the West Philippine Sea. The view deck has more than 100 steps  down the adjacent cliff to fish, take pictures, or frolic in the water. 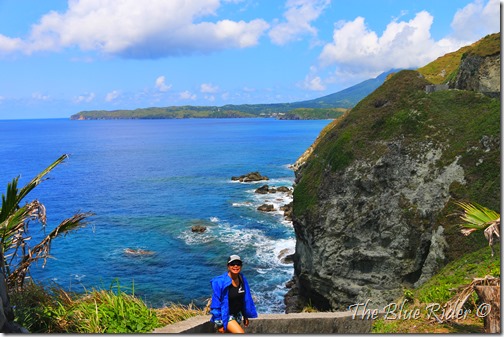 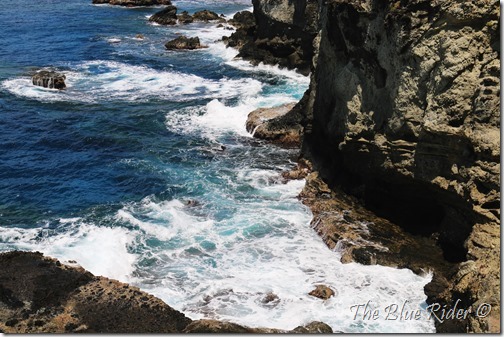 When the tour ended, the feeling is still surreal for me. Everything I see in all the places I have been to were truly beautiful and definitely worth it.  Still stunned with the breath taking places I have visited, I must say Batanes has truly captivated my heart.  I have covered all three inhabited islands, there’s one thing left to do. Climb Mt Iraya, and finally say, I have conquered Batanes.