I got in to the Hostel past 6 in the evening, exhausted and starving, we found a nearby restaurant that of course serves rice - Cafe de Coral. I got this delish dinner for HK$41 (yeah, food and transportation in Hongkong is not really pocket friendly) 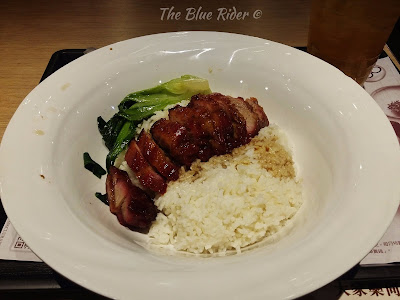 After filling in our growling tummy, it's time to explore Tsim Sha Tsui area at night. We will be strolling the Tsim Sha Tsui Promenade.   Starting from  the Space Museum, passing through the clock tower and will end at the Symphony of Lights by the Victoria Harbour.

The Hongkong Space Museum is an egg-shaped building that has become a landmark of the Tsim Sha Tsui Waterfront. This planetarium is made up of Stanley Ho Space Theathre, The Hall of Space Science, and the Hall of Astronomy. This is closed for renovation though at the time of my visit same with the Avenue of Stars.

Just right behind the Hongkong Space Museum, you can find the clock tower which is also under renovation.  Standing 44 meters tall, this Clock Tower was erected in 1915 as part of the Kowloon-Canton Railyway Terminus. This red brick and granite tower has been preserved as a Declared Monument.

One of the famous free attractions is The Symphony of Lights.  A multimedia show involving more than 40 buildings on both sides of the harbour that make the cityscape dazzle every night.

Hailed as the "World's Largest Permanent Light and Sound Show" by the Guinness World Records, coloured lights, laser beams syncs to music and narrative that celebrates the energy, spirit and diversity of the City. There are five main themes: Awakening, Energy, Heritage, Partnership and the finale, Celebration. The show is free for public enjoyment and no admission ticket is required. Just make to sure to come early and grab a spot near the harbour. 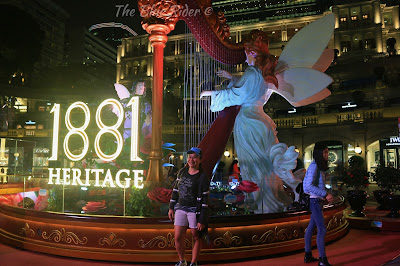 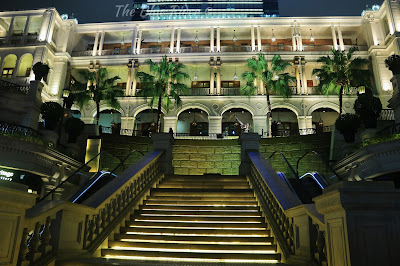 Last stop for the night is The Peninsula Hong Kong — or ‘The Pen’ as it is known locally — is a Hong Kong landmark. A witness to the city’s eventful history, the hotel has been serving guests in style since 1928. Afternoon Tea at The Pen has become a Hong Kong institution, and a pleasant way to take in its gilded, columned lobby and glamorous clientele. We haven't got the chance to see its glamour though.

Did you know?  The Peninsula’s fleet of Rolls Royce Silver Shadows is mentioned in the James Bond film The Man with the Golden Gun. In 2006, 14 long-wheeled base Rolls Royce Phantoms in the hotel’s signature green made the latest update to the fleet and the largest single order placed for Rolls Royce in the company’s history. (Source: Hongkong Tourism)

It was a jam packed and exhausting day of walking and sightseeing but it was all worth the long walks and aching feet. The night is young but we call it a day to prepare ourselves to more adventures the next day. Goodnight Hongkong!