Exploring the Southern Beaches of Bali

With so much things to do and so little time in this wonderful Island, one must be able to plan each day to maximize the stay. After we dropped our stuff at the hotel, we proceed with the first route on our itinerary. That is to explore the Southern part of Bali.

The biggest magnet Bali has is its heavenly beaches and wicked surf. You know that when you see the conveyor belts where you claim your baggage full of surfboards avid surfers have carried back from home. Seeing those waves in action is believing! Reports of ten foot plus swells attract surfers. Combine that with pristine beaches, coral reefs and every water sport in the world. Bali is unomissible.

It took us almost an hour drive from Kuta to get to our first destination which is Nusa Dua. It is an area in the southern part of Bali, known as an enclave of large 5-star resorts.  Nusa Dua translates literally as ‘Two Islands’. Built in the 1970s, Nusa Dua was designed to compete with international beach resorts all over the world. Nusa Dua surrounds a small bay that offers great swimming, and both of the islands host a set of unique attractions. 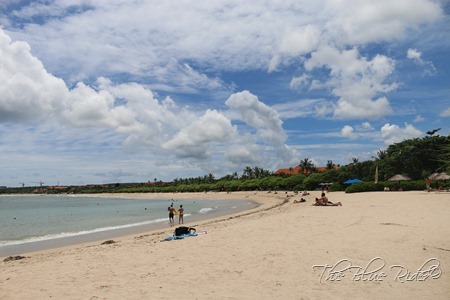 We found some people surfing and sand bathing in this area 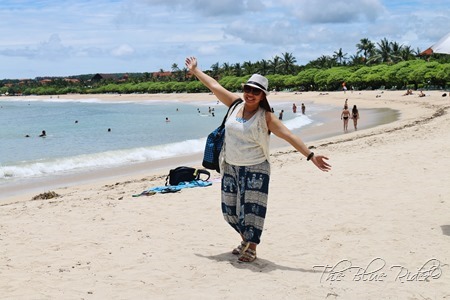 The enclave part in Nusa Dua is an idyllic place for families and honeymooners (which Bali is known for). 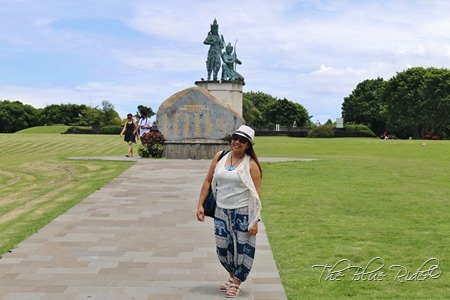 The southern island is slightly larger than the northern one, featuring a vast grassy field where numerous international events and banquets have been held. On any other day, it is a great recreational area dotted with sparsely spaced and shaded pavilions, and several monuments. 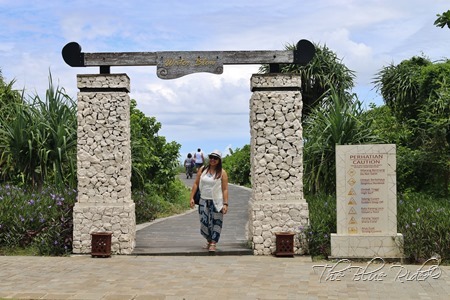 A small temple, Pura Bias Tugel, is nearby on the sandy area, and at the rocky hills bordering the sea is the ‘water blow’ that offer a spectacle of crashing waves against the limestone cliffs. I stayed longer here because of the amazing waves! 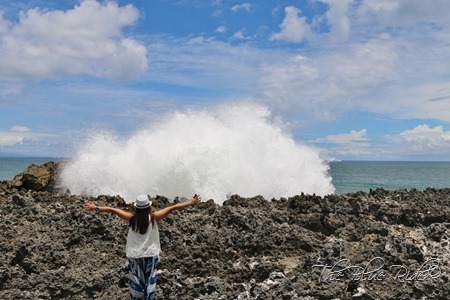 Next stop in our itinerary was Dreamland beach.  This place was once spotted and found by some western surfers way back in the 70’s.  They’re the ones who love to discover the hidden beauty of the island, to find great surfing spots even locals didn’t know about. 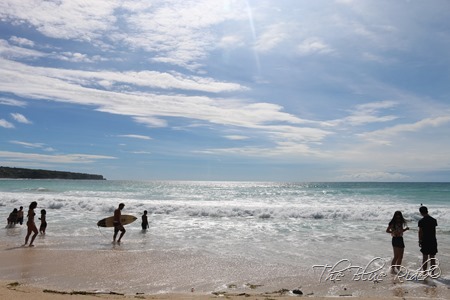 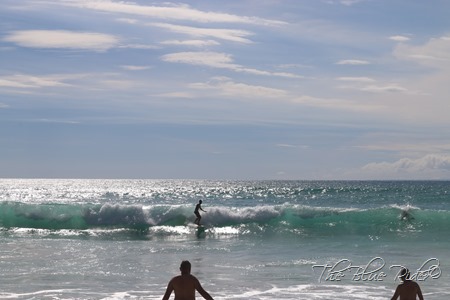 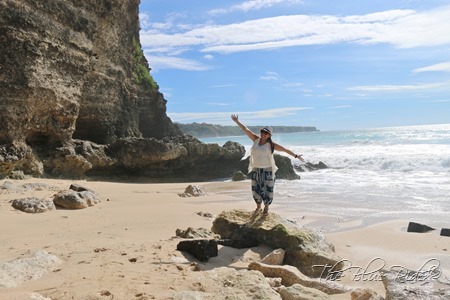 To get to the beach (no pain no gain, in finding beautiful hidden beaches in Bali!), you have to hike down a narrow stairs. To get your way back, you need the strong legs and the right breathing technique. 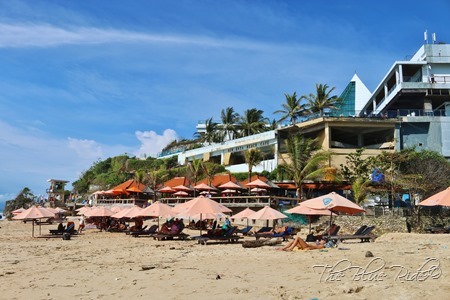 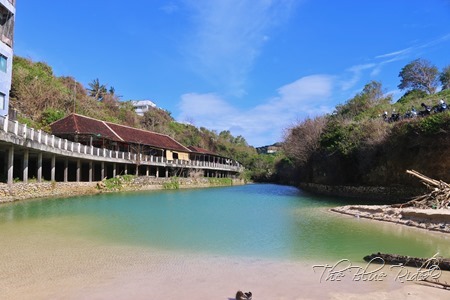 The beach once provided basic accommodations (really basic in a hut shape, local style bath room, no aircon, just a hammock and magnificent ocean view) and cafes for surfers and day trippers. One of the most beautiful beaches on the island, it is also renowned for its dangerous shorebreak.   Right now, this place is designated for some tourist who are willing to pay overly priced food and beverage. But in our case, we just visited without buying anything, lol. 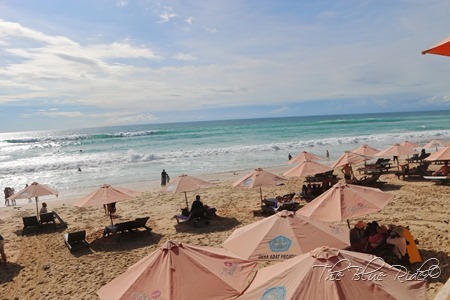 Our last and final stop for today, probably the highlight of today’s trip – Uluwatu Temple. Pura Luhur Uluwatu is one of the six key temples believed to be Bali's spiritial pillars. This temple is renowned for its magnificent location, perched on top of a steep approximately 70 meters above sea level. 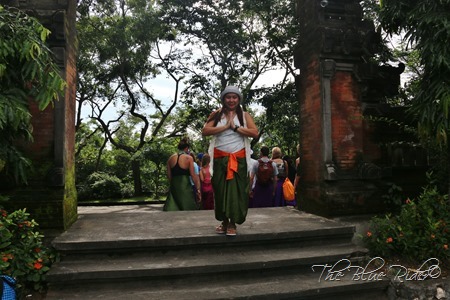 It is definitely one of the top places on the island to go to for sunset delights, with direct views overlooking the beautiful Indian Ocean and daily Kecak dance performances. Balinese architecture, traditionally-designed gateways, and ancient sculptures add to Uluwatu Temple's appeal. 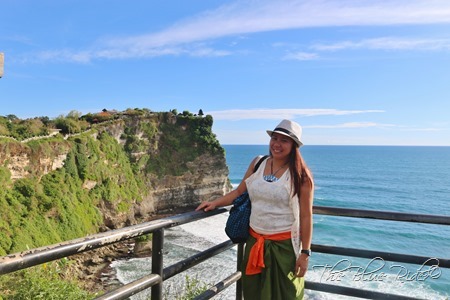 Without a doubt, what makes Uluwatu Temple spectacular is its cliff-top setting at the edge of a plateau 250 feet above the waves of the Indian Ocean. 'Ulu' means the ‘top’ or the ‘tip’ and 'watu' means a ‘stone’ or a ‘rock’ in Balinese. Several archaeological remains found here prove the temple to be of megalithic origin, dating back to around the 10th century. There are two entrances to Uluwatu Temple, from the south and the north. 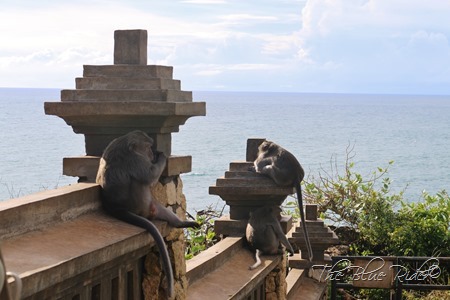 A small forest lies at the front and hundreds of monkeys dwell here. They are believed to guard the temple from bad influences. The serpentine pathway to the temple is fortified by concrete walls on the cliff side. It takes about an hour to get from one end to another as there are several fenced points along the way to stop. The views from the bottom of the water surging up against rocks and the ocean horizon are remarkable. The Balinese Hindus believe that the three divine powers of Brahma, Vishnu, and Siva become one here. That belief results in making Uluwatu Temple a place of worship of Siva Rudra, the Balinese Hindu deity of all elements and aspects of life in the universe. Pura Uluwatu is also dedicated to protect Bali from evil sea spirits. 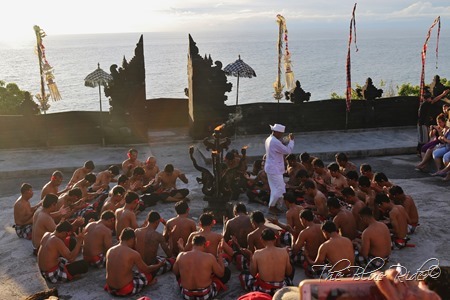 There are two stone troughs in the temple area. If both of them are joined, they create a sarchopagus (Megalithic coffin). Uluwatu Beach, below the cliff, is one of Bali's best internationally-known surfing spots.
Visitors must wear a sarong and a sash, as well as appropriate clothes common for temple visits. They can be hired here. The best time to visit is just before sunset.

An hour before the sunset, tourist starts to flock on this side of Uluwatu Temple to witness Bali’s famous – Kecak Dance.  People from all walks of life go to Bali for a variety of reason. Some seek spiritual communion, some want a family beach holiday, others head for the noisy bars, clubs and discos of Kuta. But at Uluwatu, all appear to share one thing in common: a keen desire to witness the vigorously virile, strangely beguiling kecak dance for themselves.

As upwards of 60 men dressed only in sarongs, each with a red hibiscus planted behind his ear, swarm onto the circular open air stage, surrounded by steep banks of spectators, it's clear the crowd is not going to be disappointed.

There are no props, no artificial backdrop, and no orchestra. There is no cymbal-clashing, gong-bashing gamelan of the kind that accompanies older, more conventional dance forms, such as barong and legong. The focus is entirely on the circles of men sitting cross-legged, the smooth brown skin of their backs shining in the dusk sunlight.

Without warning, they commence the polyrhythmic vocal monkey chant: "Cak, cak, cak", an incessant, fast-moving, high-pitched murmuring broken continually by individual voices alternatively more upbeat and downbeat. The effect, after a while, is to provide a wall of dramatic sound against which the action of the play can be enacted.

The familiar story of Sita, the beautiful wife of the god Rama, and her abductor, Ravana, the lustful evil demon, plays out, complete with Anoman, the monkey-general, Garuda the magic bird, and pantomime-style clowns and dames. Throughout, the men stand, reach, squat, writhe and twist as one, always in close physical contact, always moving, always chanting, "cak, cak, cak". 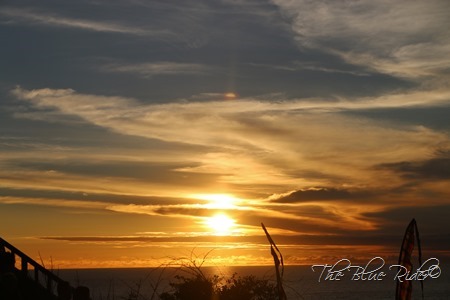 Capping the day is an amazing sunset from the top of the cliff after the Kecak Fire Dance.