The Highlights of Eastern Bali and the Mother of all Temples

The day started a little too late though coz it rained. Nonetheless, the fun and exploration continues.  After having breakfast, the first activity for the day is to watch Barong and Kris dance.  It is one of the island’s most iconic  dance-dramas, on par with Kecak dance we watched during the first day.  The original plan is to watch this in Batubulan but due to time constraint we watched it somewhere near Denpasar. 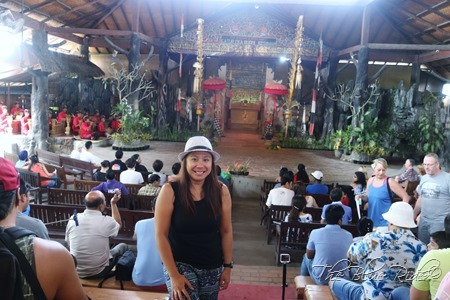 This show is all over the island, locally managed; dances  performed by villagers, and live gamelan orchestra  accompanies the full length of the show.

The 12th century classical tale of good versus evil, Calon Arang, serves as the backdrop for the Barong and Kris dance. The Barong, a benevolent spirit in beast form must protect a kingdom against the vengeful wrath of the widow and witch queen, Rangda. 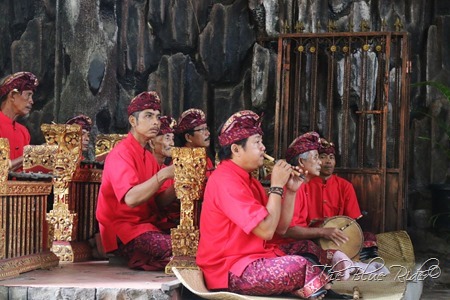 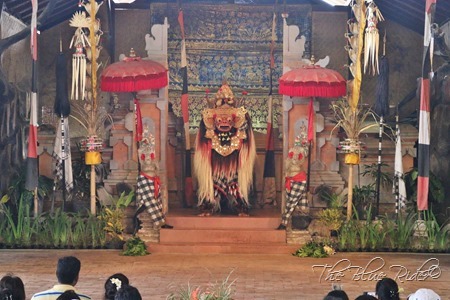 Pamphlets containing synopses are handed out at the ticket booths prior to the start of the show. Otherwise, it can be difficult to follow the story as the scenes unfold, due to the lack of narration. 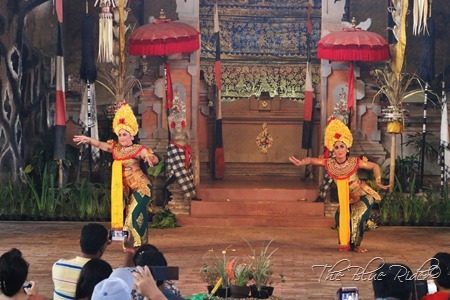 Shows last between 45 minutes and an hour, and the end of the show features photo taking onstage with the performing cast in their full costumes, as well as with the gamelan orchestra. 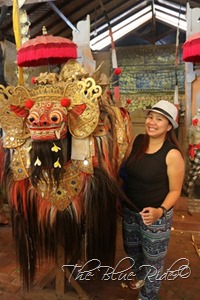 Gamelan is the traditional ensemble music of Java and Bali in Indonesia, made up predominantly of percussive instruments . The most common instrumemt used are  metallophones played by mallets and a set of hand-played drums called kendhang which register the beat. 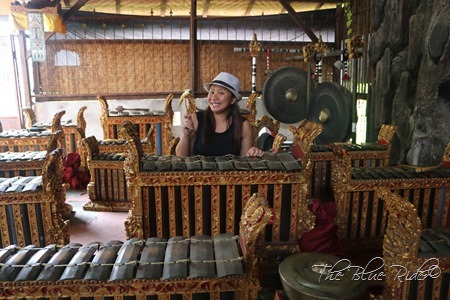 It’s still drizzling when the dance culminated. The choice to continue what we have planned for the day became a litte challenging, but I guess the man above wanted us to continue. We then head to Pura Besakih, know as the mother temple in the Bali, Indonesia.  This temple sits 1000 meters high on the southwestern slope of Mt Agung. It’s a complex consisting of at least 86 temples which include the main Pura Penataran Agung (the great Temple of State) and 18 others. 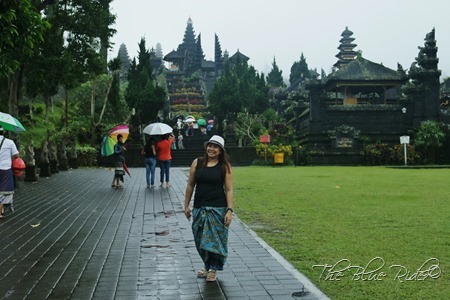 Besakih is the biggest and holiest of the island’s tempe. Besakih temple is the thing coz even our guide is required to wear his sarong inside the temple complex. The Balinese people have high regard to their culture and belief and visiting this temple is considered a special pilgrimage to them. 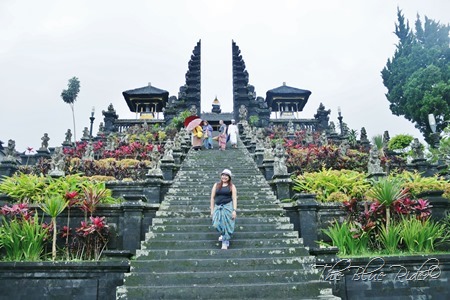 Pura Besakih features three temples dedicated to the Hindu Trinity.  Pura Penataran Agung in the centre has white banners for Shiva, the destroyer; Pura Kiduling Kreteg on the right side is with red banners for Brahma, the creator; and Pura Batu Madeg represents Vishnu, the preserver, with its black banners. 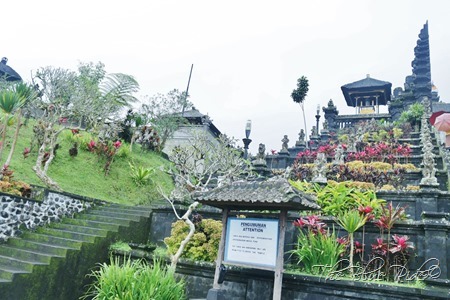 You can visit other temples in Pura Besakih, but many of their inner courtyards are closed to the public as they’re reserved for pilgrims. Pura Besakih is the only temple open to every devotee from any caste groups. This is because of its nature as the primal centre of all ceremonial activities. 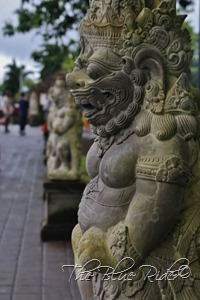 Pura Besakih was nominated as a World Heritage Site in 1995, but as yet remains unvested. There are at least 70 ceremonies or religious celebrations held each year here, as each shrine has its own anniversary, plus the big holidays based on the 210-day Balinese Hindu calendar system. 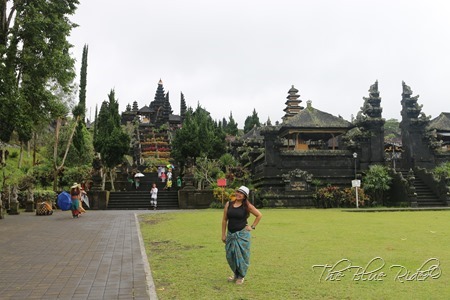 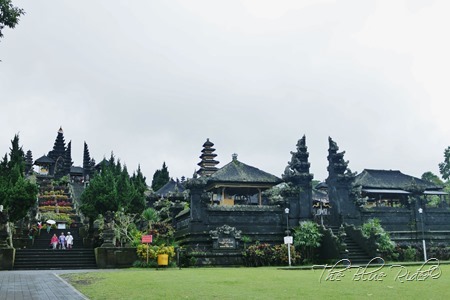 After visitng the Mother Temple we stopped over for lunch. Along the road, we are talking about the Mt Batur Climb that we coulcn’t make because of the weather. We just content ourselves with the view from up here. It’s pretty cold all the way here. 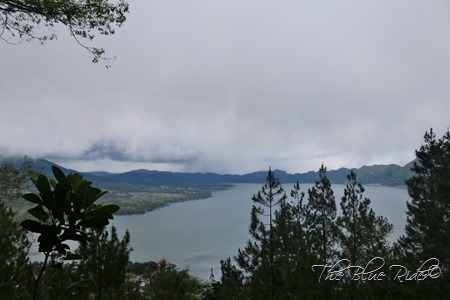 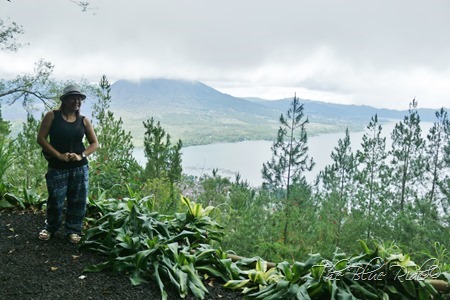 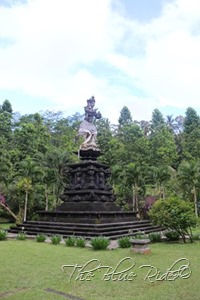 Our last stop for the day is the Tirta Empul Temple in Central Bali. Tirta Empul is an important temple complex and holy mountain spring, located in the village of Manukaya in central Bali. The site serves as a legendary setting of a traditional tale about good versus evil. It is also a national cultural heritage site. 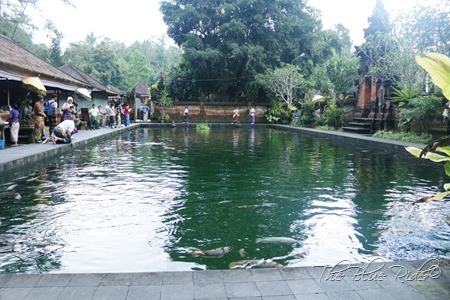 Tirta Empul, meaning ‘holy water spring’ is actually the name of a water source located within the temple. The spring feeds various purification baths, pools and fish ponds surrounding the outer perimeter, which all flow to the Tukad Pakerisan River. Various sites throughout the region and many other archaeological relics relate to local myths and legends. 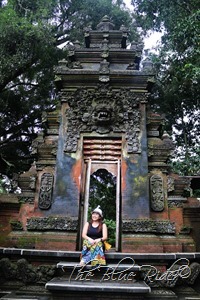 Before you can enter the main spring temple you will pass by this pond with lots of Koi’s. There are also restaurants nearby for you to grab something while you roam around the vicinity.

As is common with Balinese temples, the Tirta Empul Temple complex has three key divisions, namely a front, secondary and inner courtyard. Visitors to Tirta Empul first come upon the lush gardens and pathways adorned with statues and tropical plants that lead to its entrance.  After stepping through this typical 'candi bentar' (temple gate), a vast walled courtyard welcomes visitors to the bathing pools where a large 'wantilan' meeting hall stands at the right. 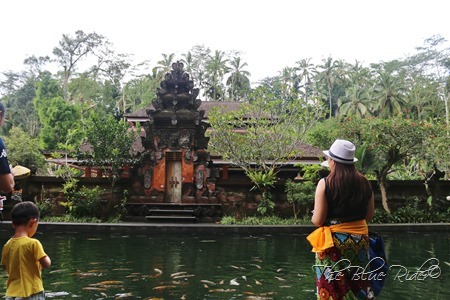 Inside the central courtyard, referred to as ‘madya mandala’ or ‘jaba tengah’, pilgrims first approach a rectangular purification bath where a total of 13 elaborately sculpted spouts that line the edge from west to east. After solemn prayers at an altar-like shrine, they proceed to enter the crystal-clear, cold mountain water. With hands pressed together, they bow under the gushing water of the first spout, carrying on to the eleventh. The water from the last two of the 13 spouts is meant for purification purposes in funerary rites. 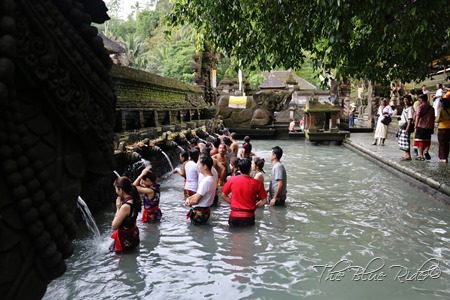 The stillness of the water is so calming and peaceful and I can’t help but stay here for a while. 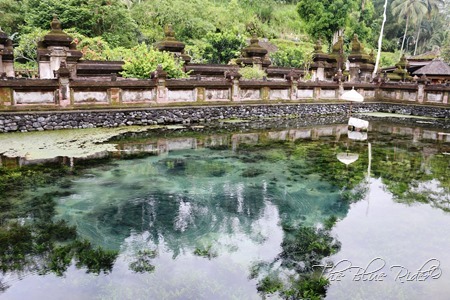 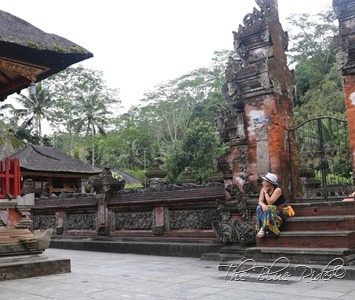 The simple Balinese temple visitor dress code is a traditional ‘kamen’ wrap around the lower body plus a sash around the waist. Women during their periods are prohibited entry to any temple or sacred site, and may enjoy the sights and attractions in the outer perimeters only. 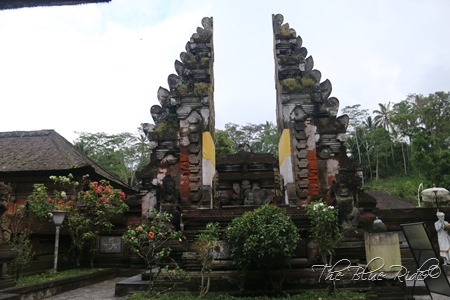