A Day in Candi Prambanan

Sometimes before the 5th Century AD, the influence of Hinduism and Buddhism spread southward from the mainland of southeast ASia to the islands of Sumatra, Java, Bali and a few others in the archipelago currently called Indonesia. There are no archaeological remains of temples in the Indianized states of Java prior to the end of the 7th century as the early Hindu structures were built of wood and have long since decayed in the moist tropic climate. The first stone temples, Shiva shrines constructed during the 8th century are found high on the Dieng plateau, the name Dieng meaning "the place of the gods'. The greatest concentration of Javanese sacred architecture, however, lies on the plain of Kedu, some 42 kilometers north-west of the present city of Yogyakarta. Here stands the beautiful Hindu temple complex of Prambanan and the world famous Hindu/Buddhist temple of Borobudur.

With the limited time I have in this City, there are only few things I have listed to visit. One of them is Candi Prambanan. This is the most famous and most magnificent of Central Java's temples or more precisely complex temples.

Located about 15 kms from Yogyakarta, the top of the main shrine is visible from a distance and rises high above the scattered ruins of the former temples.  I took a trans Jogja Bus from Malioboro Street (Line 1A). The last stop of that bus is closest to the Prambanan entrance. Just walk a few meters away.

Prambanan is the masterpiece of Hindu culture of the tenth century. The slim building soaring up to 47 meters makes it incomparable and truly beautiful. 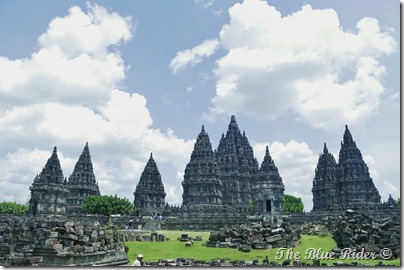 It is also locally know as the Roro Jonggrang Temple, or the Temple of the "Slender Virgin", it is the biggest and most beautiful Hindu temple in Indonesia.  The temple complex of Prambanan lies among the green fields and villages. It has eight shrines, of which the three main ones are dedicated to Shiva, Vishnu, and Brahma, The main temple of Shiva rises to a height of 130 feet and houses the magnificent statue of Shiva's escort, Durga. There are 224 temples in the complex; three of them, the main temples of Brahma - Temple in the north, Vishnu - Temple is the south, and the biggest among the three lies between Brahma and Vishnu temples is Shiva. Tp the east there are three Vahana temples, which house the mounts of each god. Candi Nandi houses the a bull for Shiva, Candi Angsa holds a goose for Brahma, and Candi Garuda holds an eagle for Vishnu. 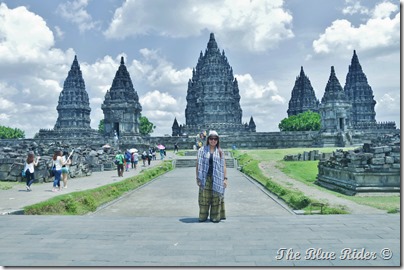 The temple complex itself is divided into three main zones which form concentric squares radiating outwards: the common zone, the half-holy zone, and the holy zone.

Surrounding the foundation of the temple are 24 lokapala statues, or guardians of directions.

A few things to note:
During full moon evenings in the month from May to October, the Ramayana ballet is performed right here. Perhaps one of the most majestic temples in the South-East Asia, Prambanan attracts many admirers each year from abroad.

It was an exhausting day due to the summer heat. I called it a day and went back to Marlioboro, get some rest and room the street markets at night. I had dinner at the nearby restaurant and strut my way to Marlioboro Street to find some souvenir items. 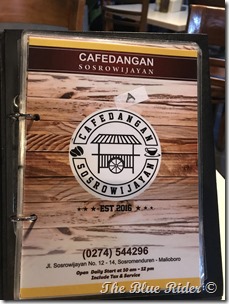 Indonesia is known for making colorful and unique batik designs. You can also get one here in Yogyakarta. I'm not fond of Batik stuff though but they're head turners. I can let it pass though (evil grin) 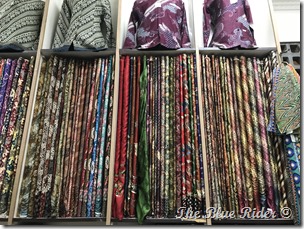 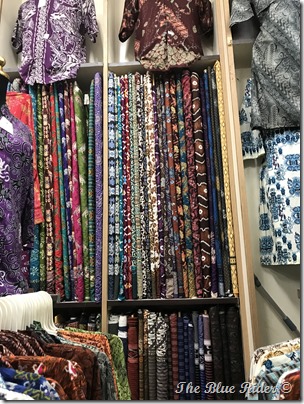 Of course the night stroll in Jalan Malioboro will not be complete without this! 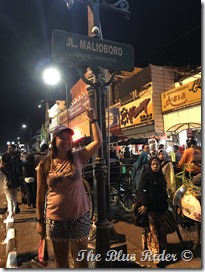