The City of Guihulngan is a component city of Negros Occidental, a two-hour ride from San Carlos City. ⁭ I didn't even realize that there's more to see in Guihulngan not until this trip. It has rivers, waterfalls, caves, hills etc. Just a perfect nature getaway.
There are several versions how the city derived its name. According to old tales, it was attributed to a river flowing directly to the town proper from the main spring in Sitio Anahaw, Brgy Nagsaha, hence the name "Guinpadulngan" which means the point to where the river flows to an end.
The second version is associated with the gruesome incident in the 19th Century when the Philippines was a colony of Spain. Men, women and children were said to be captured, beheaded and thrown into the sea, now know as Tañon Strait, by the Moros.  Since that time, the place has been called "Guihulugan" which means, "Place where a thing was dropped". But in Spanish writing, "U" and  "N" are similar, which is why it became commonly written and known as GUIHULNGAN.
Our target for this trip is Hinakpan Hills. Upon reaching Guihulngan City, we took a 'habal-habal' ride going to Brgy Hinakpan, where the Hills are located.  The cool and much fresher air while going up is the first we have experienced while getting close to the so called "Chocolate Hills of Negros."

It was on crazy ride going to Hinakpan Hills from the city proper. The road is winding and steep (as in really steep). There’s one easy route though if you are coming from Bacolod City, you can take the Isabela road as this will connect you to Guihulngan. I guess, the ride is part of the adventure. It makes it more thrilling when you hear the motorcycle struggle its way up (hehehe!) 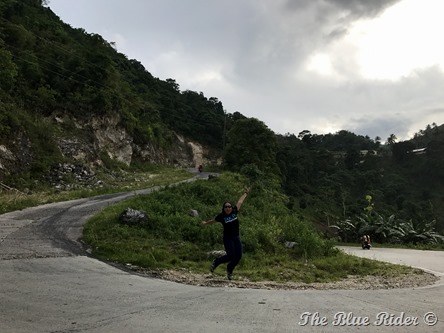 The view of the different sized hills, rice terraces and vegetable field is simply a feast to the eyes. Geologic forces casts all 200+ limestone peaks in unique sizes and shapes. The name Hinakpan Hills and that of Brgy Hinakpan originated from the abundant hardwood trees called "takpan" in that area.
Upon reaching this point, concrete stairs will serve as your trail going up. This is a pilgrimage place for Catholics as the path leading to the top have stations of the cross. The name itself will speak for itself "Monte Calvario" :) 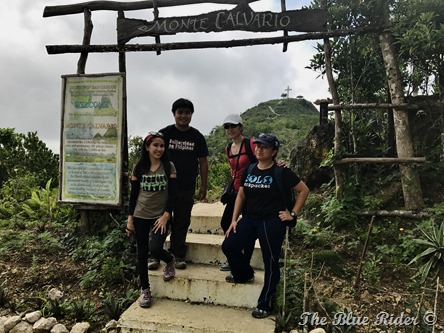 Next stop is Kansalakan River.  It is known to be enchanted due to mysterious loss of lives. Even though with this long mysterious history, this place still look so inviting.  This is open for public with no entrance fee. Locals, Brgy. officials and tourism officers help maintain this place. 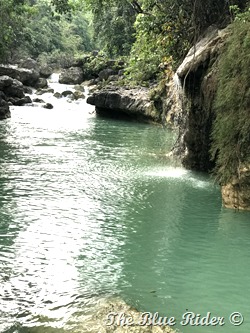 The water is so cool and refreshing and really tempting to get a dip, but I remembered the stories I've heard. I just pose and smile, I think this is enough for me. 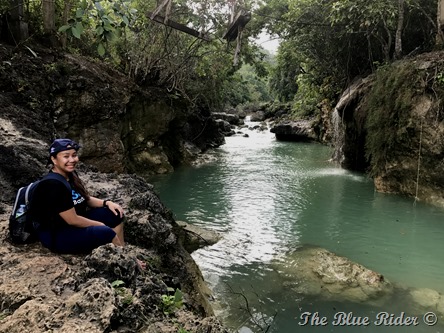 This ends our Western Negros Weekend trip. It was a sweaty and tiring day but with all nature's' glory served to us that day, it's just worth it. 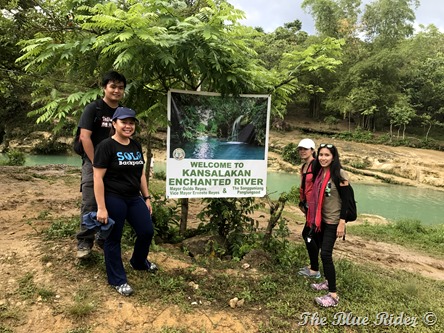 How to get here:
From San Carlos City, hop on another bus bound for Dumaguete City and tell the driver to drop you off at Guihulngan. Fare is Php 75.
From Guihulngan Market,  ask around for Habal Habal rides going to Hinakpan Hills/Kansalakan River. Roundtrip Fare is 500/motorcycle, max of 2 passengers.
Both attractions does not have entrance fees but you can always give donations to help the local government maintain the place.