The Long Winding Trip Down South

We recently had a road trip down south to the "City of Gentle People" crossing another day to the southern part of Cebu to experience Canyoneering in Badian and see the underwater world of Moalboal.

We left Bacolod at around 4 in the morning. Packed with our weekend bags and adventurer souls, the six of us head down to Dumaguete City. Me, being behind the wheels prayed for our lives. I've been driving for quite sometime but never had experienced the road leading to Dumaguete City. I know, it's winding but, I just murmured to myself, "I can do this!"  My greatest fear is not in driving the crazy and uphill roads of Bais and Mabinay, but in making sure that I can load this car to the Ferry safely (nyahahaha!) Everyone who have seen my driving skills would attest that my weakest point is how to drive the car backwards (lol!). There's one rule in the ferry, NOSE OUT! This is yet another test to my driving ability, hahahaha!

We followed the Mabinay route, as this is the shortest route from Bacolod to Dumaguete crossing through the mountains from the north-western part to the south-eastern part of the Negros Island: 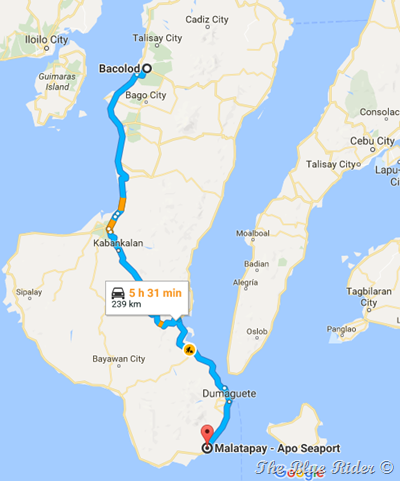 The cities and municipalities from Bacolod to Kabankalan belong to the province of Negros Occidental, while those from Mabinay until Dumaguete are part of Negros Oriental.

Travel time is about 2 hours from Bacolod to Kabankalan, and 3 hours from Kabankalan to Dumaguete, a total travel time of approximately 5 hours if you’re driving your own vehicle and may take longer than that if using a public transport.

Tip: You can have a stopover in Kabankalan City at the Petron Gasoline Station to gas up and check your vehicle before proceeding with the long trip. They have a convenience store and there’s a Jollibee branch across the street as well.

In our case, we did not do our stop over in Kabankalan as we are still full, but upon reaching Bais City, my legs needs some stretching. So we decided to have a quick stop over/ breakfast at Jollibee, Bais City. 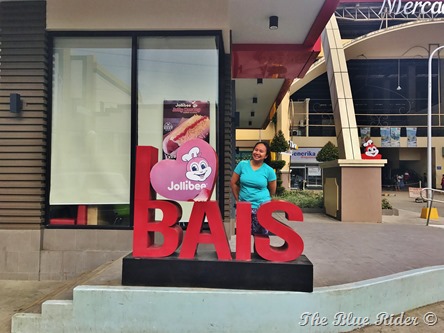 After almost 5 hours of road travel from Bacolod with our trusty van, we arrived in Dumaguete, fondly known as the "City of Gentle People." Yet we need few more to reach Malapatay Port, our jump off to Apo Island.
Yes, we survived that long drive and delivered us all safely to the port. 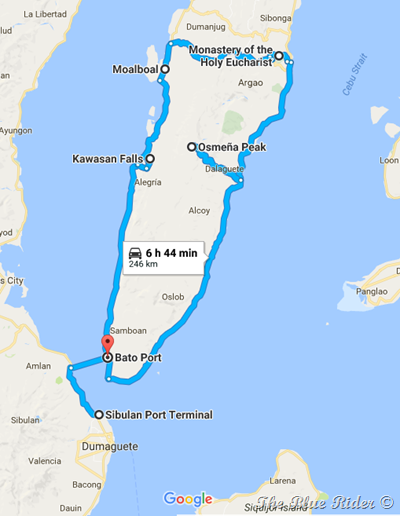